Investing into the paradigm shift in energies 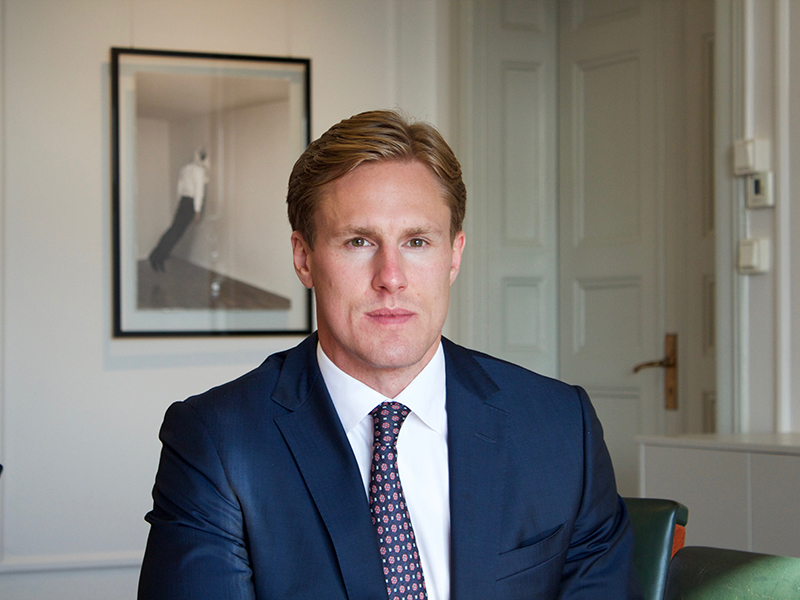 Stockholm (NordSip) – Through its CB Save Earth Fund, Stockholm-based CB Fonder have invested into sectors poised to benefit from structural environmental changes since 2008, but it is not until now that climate issues are playing into the profitability of these sectors, according to CEO Alexander Jansson (pictured).

“When we launched the fund, we had identified a number of areas that we identified as becoming beneficiaries of structural growth trends within the environmental sector. We pinpointed water, clean-tech and renewable energy as being the most interesting ones. As it turned out, these sectors were in for unexpected challenges. The financial crisis was particularly hurtful to companies within clean-tech and renewable energy”, Jansson says.

As these sectors are now maturing, Jansson firmly believes that the time has come for them to shine. At the same time, he expects water, which is a sector that has performed relatively well, to continue to grow at a stable rate.
Technology changes driving growth for clean-tech and renewable energy

“The energy market is witnessing a regime shift where it goes from being commodity-based to technology-based, which in turn means that it goes from a situation where higher demand translates into higher prices (commodity supply being limited) to a situation where higher demand means lower prices (unlimited technological capacity)”, Jansson says continuing.

“We have seen many technological shifts and this one is no different. As the new technology reaches around 10 percent market share this becomes a game changer for the old technology, which is being replaced. From the major technological shifts that we have experienced over time, it is obvious that these transitions are taking place at en ever increasing pace.”

Jansson compares the trends within the environmental space to those experienced within computer technology.

“Since we are talking about technology, production costs will continue to fall, despite an already steep decline, translating into lower prices. The development can be compared to that of computers. Already in 2020, wind and solar power will the cheapest techniques in many countries, in 2030 this will be the case for the vast majority of countries in the world.

“I expect wind and solar power to grow at steady rates with decent and improving margins over time.”

“The Danish supplier of wind power turbines, Vestas, is a good example of a company transitioning from being close to bankruptcy to becoming an industrial growth company. Today the company has a margin of 12 percent which is in line with other companies within industrial engineering, the only difference being that Vestas is exposed to an industry with underlying structural growth. This makes the case for continued growth going forward.”

Within solar power, Jansson sees a much more immature industry but with improving margins. “The solar power industry is still immature and grows too quickly to be truly interesting from an investment standpoint. But as the sector consolidates, profitaility is steadily improving. In 2012, the gross margin for the sector was at 5%, in 2015 the corresponding figure was 25%.

According to Jansson, there is a common misunderstanding that investing in the quickest growing sectors and markets is the best way to get the highest returns – and by that logic renewable energy should be the most interesting sector. That is not the case, he argues.

“As an investor, what you should look for is where growth is taking place structurally at a somewhat higher rate than the average. The short explanation being that companies within those sectors that are growing very quickly will be forced to make large investments into new capacity and hire more people, this eats into margins and profitability.”

Jansson argues that the wind power sector has gone through the challenging phase with very high growth rates and has now entered a more mature phase with sustainable long-term structural growth of around 10% per annum. This makes it a much better investment case than solar power which is seeing much higher growth rates of around 30% per annum and with equities developing poorly.

“We think it is more attractive to own wind power stocks currently, even though we are much more positive to solar power in the long run.”

Looking at the historical development of the different sectors within the environmental space reveals that as sectors mature, they tend to converge to performing in line or better than the MSCI World Index, this has been the case for water, Jansson argues.

“Water has over time performed in line with or better than the world equity index, simply due to the fact that it is a more mature sector benefiting from structural growth trends. As the clean-tech and renewable energy sectors are maturing we see them starting to show a performance pattern increasingly similar to that of the water sector”.

“Going forward, we expect these three megatrends to outperform global stocks thanks to higher structural growth rates. In an environment with – at the moment – interest rates of zero or even negative, the key is to find pockets of growth..”
What about risks?

Jansson believes that the perception that the price of oil is a significant risk factor to the renewable energy space is currently being challenged.

“The changes in the price of oil was previously perceived as a significant risk factor for the renewable energy sector, however as the sector matured and as it went from niche to mainstream, there is today a lower sensitivity to external shocks related to the oil price. In the case of water, the sector has been more or less completely unharmed by historical oil price drops.”

“For an investor seeking exposure against energy and structural growth, but who at the same time looks to hedge against poor performance of companies exposed to fossil fuels and structural decline, clean-tech and renewable energy are interesting options.”, Jansson concludes.

Kamran Ghalitschihttp://nordicbusinessmedia.com
Kamran has been working in the financial industry since 1994 and has specialized on client relations and marketing. Having worked with retail clients in asset management and brokerage the first ten years of his career for major European banks, he joined a CTA / Managed Futures fund with 1,5 Billion USD AuM he was responsible for sales, client relations and operations in the BeNeLux and Nordic countries. Kamran joined a multi-family office managing their own fund of hedge funds with 400 million USD AuM in 2009. Kamran has worked and lived in Vienna, Frankfurt, Amsterdam and Stockholm. Kamran today again lives in Vienna, Austria.
Previous articleNordea Breaks Inflows Record – wins ESG process award
Next articleConsidering country governance risk exposure for telecom companies
January 26, 2017

Stockholm (NordSIP) – Boasting more than four million customers, Swedbank Robur is a household name in Sweden. So far, the asset manager has been...
Asset Owners

Stockholm (NordSIP) - Renewable energy ETFs are not hard to get by these days, which is fortunate, given the pressing need for investment in...
News

Board Reshuffle at Mistra

Stockholm (NordSIP) - Since its inception in 1993, Mistra, the Swedish Foundation for Strategic Environmental Research, has been a driving force for high-quality, innovative...