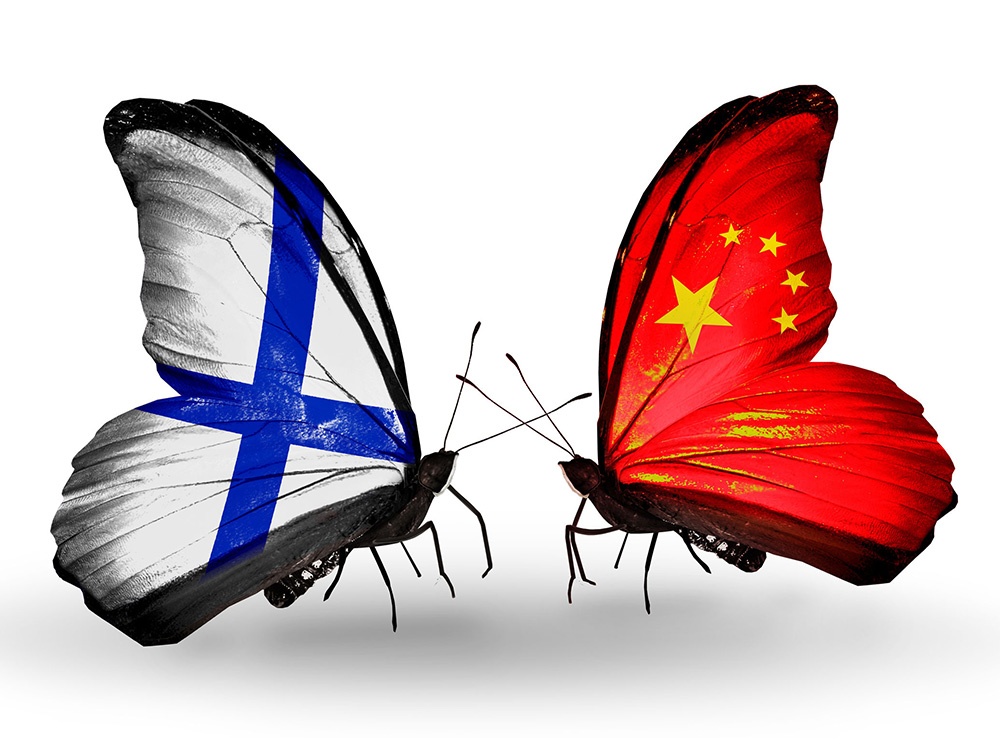 Stockholm (NordSIP) The establishment of a “future-oriented new type of cooperative partnership” was confirmed by Finland and China Wednesday that will include sustainability measures, according to the Xinhua news agency. The cooperative was announced in a declaration during Chinese President Xi Jinping’s state visit to Finland on April 5, in which he was received by Finnish President Sauli Niinistö. This was only the second state visit by a Chinese President to Finland in over 20 years.

The declaration stated that China and Finland are “committed to deepening exchanges and cooperation on innovation to make it an important engine of sustainable economic and social development between the two countries,” including environmental protection and other areas of high-level scientific research and innovation. Areas of focus will be cooperation on new-type urbanization and green ecological smart city construction, urban adaptation to climate change, energy efficiency of buildings, green building technology and green construction materials.

“China and Finland are committed to working together to reduce or limit greenhouse gas emissions, promote sustainable development and strengthen climate change adaptation and mitigation efforts,” the declaration said. Finland and China also share the view that economic activities in the Arctic area should take into full consideration the protection and sustainable use of natural resources, given the vulnerability of the Arctic environment.

President Xi’s stopover in Finland en route to the U.S. to meet President Trump reflects a fundamental shift in commercial and ties for China, where prosperity for both the Nordics and China remains wedded to the smooth functioning of global trade, with few being convinced of the newfound protectionism in the U.S. “The signal is that the U.S. is not the only diplomatic focus for China; Europe is also very significant,” said Feng Zhongping, a vice president at the China Institute of Contemporary International Relations.

In addition, China is seeing the opportunity to place itself alongside the European Union in the fight against climate change in the face of Trump’s scepticism towards man-made global warming, as Bloomberg reports. “Our successful cooperation on issues like emissions trading and clean technologies are bearing fruit,” the EU’s climate commissioner Miguel Arias Canete said last week.

The cooperative partnership is complementary to the China-EU comprehensive strategic partnership and will contribute to broader plans for a grand Asia-Europe market, enhanced connectivity and cooperation and boosting the flow of people, business, capital, technology, information and communication between the continents. The two countries agreed to maintain high-level exchanges between the two sides to continue enhancing “mutual understanding and trust”.

Stockholm (NordSIP) - At the end of 2018, reports emerged with evidence of Google shielding top executives accused of sexual harassment. For the company...
Read more
ESG

Is ESG Detrimental to Labour?

Stockholm (NordSIP) - Over the last week, a discussion has been raging over the nature of ESG investments. Following the publication of a research...
Read more

Stockholm (NordSIP) - As we approach the fifth anniversary of the UN Sustainable Development Goals (SDGs), the finance industry continues to coalesce around the...
Read more

Beltoft: A Difficult Balance, but No Contradiction on RI

March 7, 2018
We use cookies to ensure that we give you the best experience on our website. If you continue to use this site we will assume that you are happy with it.OkRead more