Nearly 200 nations agreed in Paris in 2015 to take steps to limit the increase of the global average temperature to no more than 2°C (from pre-industrial times) by the end of the century. The physics of climate change demands an exceptional and immediate response. The world remains on track for 3.6°C of warming, according to the United Nations, and 2016 marked another year of record breaking high temperatures. Further, the U.S. election results created more uncertainty. Amidst these challenges, investment tools and strategies to fight climate change are increasingly important and already available.

During the time of the COP22 conference in Morocco in November 2016, a follow-up from the Paris agreement, a few nations presented strategies on how they would help achieve the climate goal. The U.S., Canada, Mexico and Germany released their detailed strategies for cutting carbon emissions by 2050. The U.S. and Canadian plans aim for 80% reduction in emissions from the 2005 level by 2050. Germany targets an 80% to 95% cut by 2050 from the 1990 level, which is fully in line with the goals by the European Union. Mexico is aiming to cut 50% of emissions from 2000.

COP22 also had some lost opportunities. Negotiations related to monitoring and reporting did not produce meaningful results. Some countries evidently found it hard to accept the “rule book” for implementation of the Paris Agreements. Issues prompting most dissent included how frequently countries should publish climate plans, the need to recognize how poor countries are adapting to extreme weather, and levels of compensations due to fossil fuel producers in the event that the climate deal actually delivers. The rule book needs to be finalized by 2018, when the next major meeting in the framework of the Paris Agreement will be held (two more technical meetings are planned in Germany next year).

Moreover, just at the start of the conference, Donald Trump was elected as U.S. president. His promise to cancel all restrictions on U.S. fossil fuels in his first 100 days in office evoked concerns over the future of the U.S. commitment and the potential negative impact on other countries. Leaders at the conference urged Trump not to turn away from efforts to tackle global warming. It is important to keep in mind that the process for any country to exit the Paris Agreement would take at least four years.

Even with the plans as they are, the United Nations published a report in November that current strategies will only limit the global temperature increase to 3.2°C, well over the goal of 2°C*.1 As plans to fight this trend evolve, financial professionals can play a part in moving carbon reduction toward the right direction and they may reduce their investment risk by doing so.

A 2015 Mercer report** outlined that nearly all asset classes are vulnerable to climate change risks, while some are facing upside potential as well. A recent academic research by Bansal, Kiku and Ochoa*** found that investors in the most forward-looking asset class, equities, already are factoring in a risk premium that increases with global temperatures and has almost doubled over the last 80 years.

About $36 trillion will be needed through 2050 to finance the transition to the 2°C trajectory with an 80% chance of succeeding, according to the United Nations^. The Paris Agreement has to be translated into appropriate and adequate incentives and mechanisms for both public and private investors to fund low-carbon projects at a necessary scale. Yet while the opportunities unfold, investors already have some options they can explore.

Investors can “decarbonize” their investments by excluding or underweighting companies that emit the most carbon that contributes to global warming. This is often done with optimization processes aimed at maintaining sector and regional exposure neutrality vis a vis a benchmark, which helps to keep the tracking error within set boundaries. One of our index funds achieves a 50% reduction in the weighted average carbon footprint of its constituents and seeks a tracking error of less than 0.90%.

Financial professionals can play a part in moving carbon reduction toward the right direction and they may reduce their investment risk by doing so.

Within sectors, companies have varying levels of energy efficiency, and the most efficient companies tend to perform better than their less energy-efficient peers. Low carbon indices that exclude companies with the highest carbon footprint (operating assets and reserves) and are optimized to preserve sector composition of parent indices have outperformed their parent indices on a risk adjusted basis, a 2016 report by M. Andersson, P. Bolton and F.Samama^^ showed. Such indices may create important incentives to facilitate the overall low carbon transition. They not only reward the included companies for their efforts in reducing their carbon footprint but also help discipline the excluded companies.

The hurdles are significant for countries to achieve the global targets to get climate change under control. As strategies and policies to tackle this challenge evolve, investors should follow closely because investment opportunities also will evolve. In future blogs, we will discuss more ways of investing in a climate-friendlier way.

IMPORTANT INFORMATION: This material is for information purposes only. The views expressed are those of the author(s) as of the date noted and not necessarily of the Corporation and are subject to change based on market or other conditions without notice. The information should not be construed as investment advice or a recommendation to buy or sell any security or investment product.

Past performance is no guarantee of future results. All material has been obtained from sources believed to be reliable, but the accuracy, completeness and interpretation cannot be guaranteed. The information does not constitute investment advice or a recommendation to buy or sell any security and is subject to change without notice. Investments can go up as well as down.

Current or prospective clients should under no circumstances rely upon this information as a substitute for obtaining specific legal or tax advice from their own professional legal or tax advisors. Information contained herein is current as of the date appearing in this material only and is subject to change without notice. 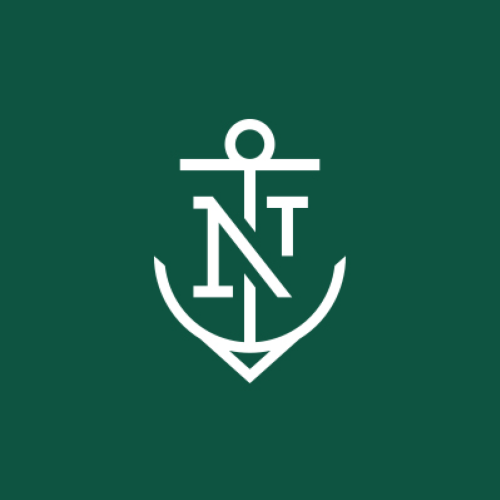