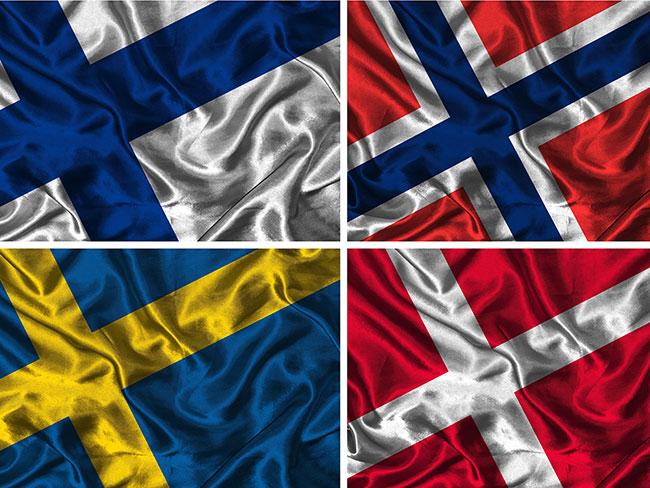 Stockholm (NordSIP) – The Global Cleantech Innovation Index (GCII), which is published by the Cleantech Group, has named Denmark, Finland and Sweden as the best 3 countries in the world at promoting green entrepreneurship and cleantech innovation. ‘Cleantech’ is an umbrella term covering 20 sectors ranging from waste and wind power to energy efficiency and transportation. The Index measures the strengths and weaknesses of 40 countries in the fields of innovation and entrepreneurship in environmental technologies sectors.

The GCII is published biennially together with the World Wildlife Fund (WWF), the United Nations Industrial Development Organisation (UNIDO), the Asian Development Bank and the Swedish Energy Agency (SEA). Four categories were evaluated to measure the inputs and outputs of cleantech innovation, which are then broken down into 15 sub-indicators that include listed cleantech companies, access to private finance and public R&D spending.

The report finds that Denmark, Finland and Sweden, which ranked #1, #2 and #3 respectively on the GCII, are the countries that look the most set to produce the next generation of cleantech startups, with the region displaying global leadership in private sector capital and government support. Denmark moved up four places, Finland was ranked the same and Sweden moved up one spot from the previous GCII report in 2014. Norway ranked #9 on the list, despite the highest GDP per capita expenditure on cleantech-related R&D, but moved up from its 2014 ranking of #14.

“Denmark, Sweden and Finland appear to be gearing up for additional growth with increases in the numbers and amount of cleantech funds,” the report finds. It had the following commentary to each country:

Denmark, Sweden and the United States were found to be the best at creating “ecosystems” promoting environmental innovation, while Finland excels in patents and pioneering startups. Finnish waste collection disruptor Enevo, Swedish smart shower Orbital Systems (previously featured in NordSIP), and Norwegian sustainable wood manufacturer Kebony were named among the most promising cleantech startups, featuring in the most recent Cleantech 100 list.

Surveying the totality of the countries on the list, the GCII Index also warned of accelerating climate change and biodiversity loss, necessitating a considerable increase in cleantech demand.

“Innovations aimed at improving the environment and achieving the Sustainable Development Goals is a big industry, which will be growing strongly in the coming years. The report shows that increased investment in environmental technologies correlate with a better economy, investments and employment,” said Stefan Hennningsson, one of the contributors to the report and a senior advisor at the WWF.

Glenn W. Leaper, PhD
Glenn W. Leaper, Associate Editor and Political Risk Analyst with Nordic Business Media AB, completed his Ph.D. in Political and Critical Theory from Royal Holloway, University of London in 2015. He is involved with a number of initiatives, including political research, communications consulting (speechwriting), journalism and writing his first post-doctoral book. Glenn has an international background spanning the UK, France, Austria, Spain, Belgium and his native Denmark. He holds an MA in English and a BA in International Relations.
Previous article
Sustainable Emerging Market Fund Launch At East Capital
Next article
Vasakronan To Receive €200m for Green Buildings from EIB
June 16, 2017

Stockholm (NordSIP) – There are plenty of reasons for private and public organisations to seek greater gender diversity in the boardroom. Numerous research papers...