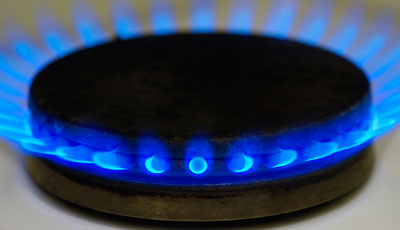 Stockholm (NordSIP) – The steady trickle of news concerning the Nobel Foundation’s potentially unethical investments is threatening to snowball into a major embarrassment for the prize-awarding organisation dedicated to extraordinary achievement, just as it prepares to laud its announced 2017 Nobel Prize winners in December. Investigations coordinated by independent groups have found several instances in which Foundation investments can seem at odds with its purported code of conduct and the UN PRI principles to which it is a signatory, including indirect investments in the U.S. nuclear arms programme, tobacco and other problematic holdings.

The current issue revolves around (indirect) investments by the Foundation in an index fund that includes Lockheed Martin, Textron and Raytheon, all of which are or have been active in U.S. nuclear weapons manufacturing. Framtiden I våre hender, a Norwegian environmental organisation, together with the German NGO Facing Finance, and the German television channel ZDF were responsible for uncovering the evidence in this latest round of accusations. Framtiden had already been investigating the Nobel Foundation for an extended period of time. Ironically, the Foundation has awarded its 2017 Peace Prize to the International Campaign to Abolish Nuclear Weapons (ICAN), which has guardedly joined the chorus of condemnation.

The Nobel Foundation, which places its assets worth approximately €444mn in various funds, is accused of “poor ethical guidelines and very limited transparency” by Framtiden, suggesting numerous obstacles to uncovering the Foundation’s opaque style of fund management. Framtiden points towards concrete evidence it has found of Nobel investments in SAAB AB, which manufactures weapons such as aircraft fighters, in American Tobacco and Swedish Match AB (both blacklisted by the Norwegian Sovereign Wealth Fund), and in RWE, one of Germany’s and Europe’s largest coal companies.

ICAN is slated to receive its Nobel Peace Prize on December 10th for, among other things, urging divestment in companies associated with the production of nuclear weapons as a means to reduce nuclear stockpiles. ICAN also has an investment tracker called “Don’t Bank on the Bomb”, which tracks financial sector investments and encourages divestments from companies associated with the production of nuclear weapons. This tool, however, does not reveal individual investors. “There are public reports that the Nobel Foundation has an ethical investment policy not to invest in weapons prohibited by international treaty, and we encourage the Nobel Foundation to be more public and transparent about how they implement this policy,” ICAN Executive Director Beatrice Fihn said, in a careful comment to the Swiss publication swissinfo.ch.

The Nobel Foundation, for its part, claims to have adjusted its investment policy since the beginning of 2017 to find “more sustainable alternatives to our equity index funds,” telling swissinfo.ch that current Nobel Foundation investments are being investigated based on its “clear guidelines regarding ethics and sustainability.” These guidelines, however, have been noticeably lacking for a long time, according to Framtiden’s Sindre Olav Edland-Gry. He claims the Nobel Foundation’s investment policy has not changed since 2005. At that time, all investment decisions were left entirely to fund managers. Edland-Gryt also pointed to a recent comment by Nobel Foundation Executive Director Lars Heikensten refusing to comment the issue.

“No new investments are made in funds that invest in companies that violate international conventions regarding, for example, land mines or cluster bombs, or who have investments in nuclear weapons,” Nobel Foundation Executive Director Lars Heikensten then explained to swissinfo in response to the allegations later this month. “In addition, we have joined the UN Principles for Responsible Investment, and have thereby incorporated environmental, social and governance factors into our investment decisions.” The Foundation, he says, “is considering using our position to make active investments in sustainable projects and in this way, make a real difference.”

Still, the proof might be in the pudding. No new investments in companies violating international conventions, Mr Heikensten said, and the Foundation is considering using its position to make active investments in sustainable projects. Any such consideration is, of course, a welcome development and indicator of the normative sway provoked by the boom in sustainable investment and strengthening of international treaties over the last few years. It is not, anyhow, illegal to make such investments in, say, an index fund, even as it breaks conventions the Foundation may be party to.

The question facing the Nobel Foundation is twofold. What does the increased publicising of these kinds of contradictions mean for the Foundation’s symbolic standing? To what extent a) are they aware of the types of investments fund managers make on their behalf and b) will a reactive course correction reflect the true intentions of the Foundation regarding responsible investment going forward? What, moreover, will an organisation like ICAN do with an award from an internationally acknowledged institution that apparently – for reasons not yet ascertained – flouts its fundamental principles?

Whether the world just turns away, as it so often does, or whether a fuse has been lit under the prestige of the Nobel Foundation and the kinds of efforts it seeks to reward officially, this could be a test of how far sustainable and responsible investment has come to dominate popular and cultural imagination. On the other hand, perhaps we should extend the benefit of the doubt: not even the Nobel Foundation would be conducting business as usual, under the circumstances. Or would it?

Glenn W. Leaper, PhD
Glenn W. Leaper, Associate Editor and Political Risk Analyst with Nordic Business Media AB, completed his Ph.D. in Political and Critical Theory from Royal Holloway, University of London in 2015. He is involved with a number of initiatives, including political research, communications consulting (speechwriting), journalism and writing his first post-doctoral book. Glenn has an international background spanning the UK, France, Austria, Spain, Belgium and his native Denmark. He holds an MA in English and a BA in International Relations.
Previous article
The Week in Green (October 27th edition)
Next article
Nordic Stock Exchanges top Most Sustainable List
October 31, 2017

Stockholm (NordSIP) – It has been over a year since the Swedish National Pension Funds 1, 2, 3, and 4 announced that they were...
Asset Owners

AP7 Veteran to Step Down

Stockholm (NordSIP) – The rotation at the top of the Swedish National Pension Funds continues. Just as AP3’s board has managed to find a...
Asset Owners

Stockholm (NordSIP) – This summer has been certainly busy at the newly instituted Swedish Fund Selection Agency, SFSA (Fondtorgsnämnden). It was only in May...