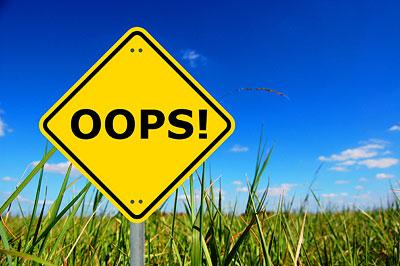 Stockholm (NordSIP) – Finnfund, the Finnish state development financing agency, has invested €8mn in a Cayman Islands fund to finance agricultural development projects in Asia, it was revealed in the so-called Paradise Papers published last Sunday. The data is being reviewed and transcribed on an ongoing basis by Finnish Broadcasting Agency Yle’s MOT and A-Studio investigative journalism programmes.

The fund, known as the New Tropical Asia Forest Fund (TAFF) and which is designed to implement agricultural projects in Indonesia, Malaysia and Laos, is registered in the Cayman Islands, best known as a tax haven.

The Paradise Papers is an investigative initiative by the Guardian newspaper together with 95 media partners worldwide, including Süddeutsche Zeitung, who obtained the data leak of 13.4mn files from two offshore service providers and 19 tax havens’ company registries.

Finnfund resources are intended to support economic and social progress in developing countries. Researchers and NGOs, however, believe that capital transfers via tax havens compound the problems for developing countries in particular, depriving them of important tax revenues.

Developing countries suffer the most at the hands of tax haven economies. Hundreds of millions of dollars flow illegally from developing countries, the vast majority of which winds up in tax havens, also playing a central role in contributing to the corruption in these countries, according to Global Financial Integrity, which investigates corporate tax avoidance.

“Finnfund’s duty is to develop poorer countries and improve the lives of their populations. How can this kind of institution operate in the same way as other investors, who deprive poor countries of tax revenue?” Alex Cobham of the Tax Justice Network, which investigates tax havens and advocates for fairer taxation practices, told Yle’s MOT unit.

Finnfund invested €10mn (valued at €8mn at the time) in the funding company in 2012, according to Paradise Papers documents. Finnfund itself refused to disclose the documentation, citing business secrets, according to MOT.

The Cayman Islands is no more than a transit country for the firm, Finnfund CEO Jaakko Kangasniemi responded. “From the perspective of a fund investor, the Cayman Islands is a stable country with predictable arrangements,” he said. It is not the intention to pay taxes in the country where the investment fund is registered, he added, but for returns to circulate through the registration state and for project organisations and investors to pay taxes in their own countries.

Companies defend the practice of investing in several countries where taxation is low or non-existent by saying they use firms based in these tax havens to prevent double taxation, both at home and abroad.

Much of the responsibility for Finalnd’s development funding has shifted to the private sector under the current government led by Juha Sipilä, which has modified the structure of Finnish development aid. This has brought additional support for Finnfund, which also implements projects using Finnish companies.

The value of Finnfund investments was estimated to be nearly €400mn at the end of 2016.

Stockholm (NordSIP) - On 3 November, NordSIP learned that Willem Schramade would be leaving academia and his independent consultancy to join Schroders as Head...
News

Stockholm (NordSIP) - The rapidly evolving European sustainable regulation landscape poses challenges for the investment industry in navigating and meeting such a complex set...