The Financials of Climate Risk 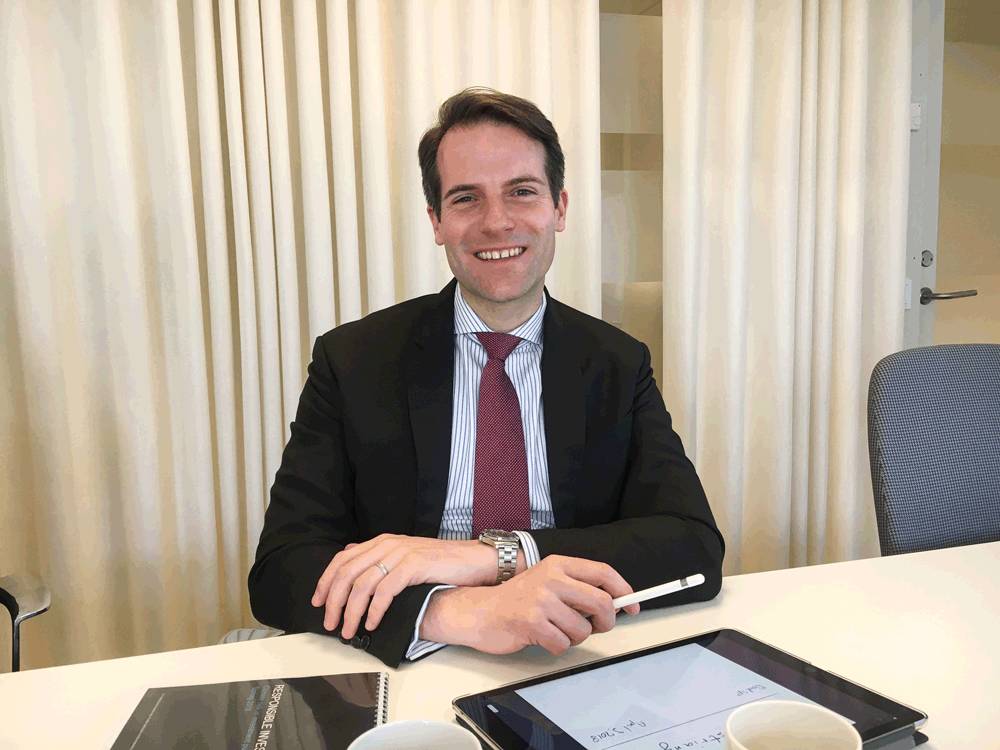 Stockholm (NordSIP) – On a recent visit to Stockholm, NYC-based Gerold Koch (Pictured), Director Passive Product Development at DWS (formerly known as Deutsche Asset Management), gave us some interesting insights on how to best evaluate climate risk, and what it means for portfolio composition.

“Not many investors have the tools to look at the physical impact.”

The story starts with a long-term collaboration with a particular investor, a Swiss-based global insurance company, who could see climate change risks materialising into their insurance book. “When they underwrite large projects, they now observe the material consequences of climate change, and they need to take them into account,” Koch explains. “We are talking about physical impacts, like the rise in sea level, extreme heat, droughts, access to water, flooding from extreme precipitation, or forest fires for instance.”

“These risks are more visible to some clients than others,” Koch continues. “Working with this client’s needs gave us an insight, we performed extensive research to understand and measure climate risk better, and now everyone can benefit from it. Sustainable investing means that, knowing the risks, we can address them within the investment portfolio, but also with the companies we invest in. We can engage with companies so that they can mitigate negative economic and social impact due to climate change.”

“We had a hunch about where the risk would be the highest, and data supported it.”

Koch distinguishes two types of climate risk: transition risk and physical risk. The former is the risk that most investors look at, and is linked to themes like stranded assets, fossil fuel reserves, regulatory changes, carbon trading. The latter is more material and more difficult to measure than the former. “Not many investors have the tools to look at the physical impact. We identified a data provider that looks at physical risk and evaluates it, and we worked with an environmental consultant, California-based firm Four Twenty Seven. For example, they engaged with pharmaceutical companies and mapped where their production and distribution facilities were located around the globe, and then overlaid climate models to see which ones were at risk. If one of them is located in a coastal plain, it is at higher risk of being flooded, which means the company should consider shifting production or even moving to another country.”

The next step for Koch and his team was to extend the work at the portfolio level. “We gave our consultant the companies in one specific index that covers the largest companies in Asia, including developed and emerging markets. We had a hunch about where the risk would be the highest, and data supported it. Where facilities are located is what matters the most, not where the companies have their headquarters or on which exchange their stock is traded.” Koch shows a map of the physical risk for companies in the S&P 500 and the French CAC 40 indices. They are almost identical.

The 2001 flooding in Thailand provides a compelling story. “We looked at the facilities that were impacted most, and some of them were important the supply chain of global technology hardware manufacturers. They produce components for hard drives for example. The flooding interrupted the entire computer manufacturing process, as the global output for hard-drive manufacturing dropped by 25%. The area around Bangkok where this type of production is concentrated was severely hit by the flooding.” A white paper published jointly by Deutsche Asset Management and Four Twenty Seven describes the findings in more details.

Using the facility maps developed by Four Twenty Seven, the team identified which companies were most affected. Global computer manufacturers Lenovo, Samsung Electronics and Acer, as well as Samsung Electro-Mechanics,  had activities in the region, as do smaller local firms KCE and Delta Electronics. Share prices dropped following the floods except Lenovo’s and Samsung Electronics’, which instead gained from the situation. Thanks to a broad geographical spread of manufacturing facilities, these two companies were able to pick up unmet demand elsewhere, thus benefitting from the local crisis. This example shows how high concentration of assets in one region sensitive to extreme rainfalls can constitute a material financial risk.

Aline Reichenberg Gustafsson, CFA
Aline Reichenberg Gustafsson, CFA is Editor-in-Chief for NordSIP and Managing Director for Big Green Tree Media. She has 18 years of experience in the asset management industry in Stockholm, London and Geneva, including as a long/short equity hedge fund portfolio manager, and buy-side analyst, but also as CFO and COO in several asset management firms. Aline holds an MBA from Harvard Business School and a License in Economic Sciences from the University of Geneva.
Previous article
Norway SWF Invests in Banks Tied to War Crimes, Report Suggests
Next article
An Overlooked Approach to RI & Commodities
June 6, 2018

Stockholm (NordSIP) - Following two decades at Jupiter Asset Management, including most recently as Head of Strategy, Environment and Sustainability, overseeing £800m of assets...