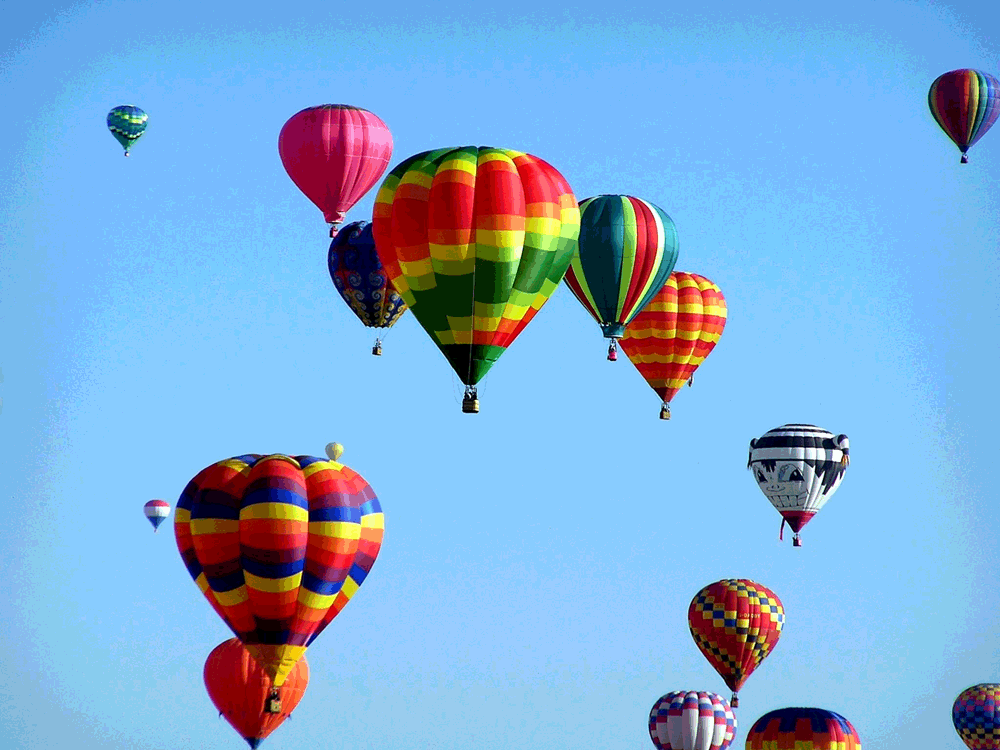 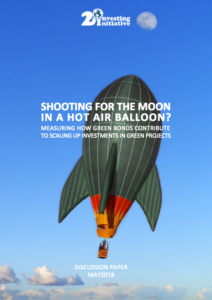 Stockholm (NordSIP) – At the recent Green Bond Conference organised by Environmental Finance in London, we listened with interest to a debate opposing Stan Dupre of the 2° Investing Initiative and Lars Eibeholm from the Nordic Investment Bank. In this article in two parts we look at the divide of proponents and opponents to the green bond market, starting by a paper published by the 2° Investing Initiative, titled: “Shooting for the moon in a hot air balloon: measuring how green bonds contributed to scaling up investments in green projects” (pictured), authored by Stan Dupre, Taylor Posey, Tina Wang and Tricia Jamison.

In short, the report shows that there is no real evidence today that supports the idea that green bonds actually contribute very much to make the planet greener. In other terms, the green bond market may not present any additionality. The first point the authors make is that the financial risks specific to the green projects that are earmarked for green bonds remain on the balance sheet of the issuer. Why does it matter? The company’s leverage increases in the same way as if it was issuing a regular bond, which means that its capacity to invest in more green projects is unaffected by the type of bonds issued. The questions the authors ask are: Does the increased in green investment supported by a green bond actually take place above a business-as-usual baseline? Do the green bonds lead to an overall shift in the balance sheet of the issuer over time?

Another important argument the paper advances relates to the much talked about “greenium” which is the premium paid by investors when purchasing green bonds. Given the added cost to issue a green bond (due to reporting needs among other things), the issuer should be able to get compensated financially for this effort, hence the need for a premium. However, the authors argue, the greenium seems to be structurally limited by the lack of tangible financial benefit for the investors. “Will this hold the market back?” they ask.

In another study called “Beyond Transparency: unlocking the full potential of green bonds”, the Institute for Climate Economics I4CE (2016) concludes that this situation generates “a ‘coherence’ gap between scaling up of the green bond market and ensuring its tangible contribution”, suggesting that green bonds are subject to inherent limitations that are likely to inhibit green projects from achieving scale. The title of the 2° report refers precisely to that: “the booming green bond market might be comparable to a hot air balloons festival: great to raise awareness and turn people’s heads towards the sky, but if the objective is to reach the moon, we will need more than hot air.”

In its appendix, the 2° study presents a compelling example of data from the power sector. In essence, the data shows that investors in green bonds are less exposed to the renewable energy market that if they had invested in the regular bond market, suggesting that green bond issuers are actual laggards in terms of renewable energy adoption.

Stay put for more on this debate next week!

Aline Reichenberg Gustafsson, CFA
Aline Reichenberg Gustafsson, CFA is Editor-in-Chief for NordSIP and Managing Director for Big Green Tree Media. She has 18 years of experience in the asset management industry in Stockholm, London and Geneva, including as a long/short equity hedge fund portfolio manager, and buy-side analyst, but also as CFO and COO in several asset management firms. Aline holds an MBA from Harvard Business School and a License in Economic Sciences from the University of Geneva.
Previous articleResponsible Investor Europe 2018 Conference: ESG Grows Up (S&P 500 & DJIA)
Next articleWatch for the Cloud: Green Efficiencies Ahead
June 29, 2018

Stockholm (NordSIP) - In its first green transaction of 2022, MuniFin issued a €500 million 7-year green bond on May 10th. MuniFin is one...
Fixed income

Stockholm Exergi Returns to the Market

Stockholm (NordSIP) - Despite an adverse market which has seen some green bond market indices lose as much as 16% of their value since...
Fixed income

Stockholm (NordSIP) - To meet the ambitious goals of the 2015 Paris agreement, all sectors of the global economy will have to pull together,...

The Presentation that Besmirched a Bank’s ESG Credentials