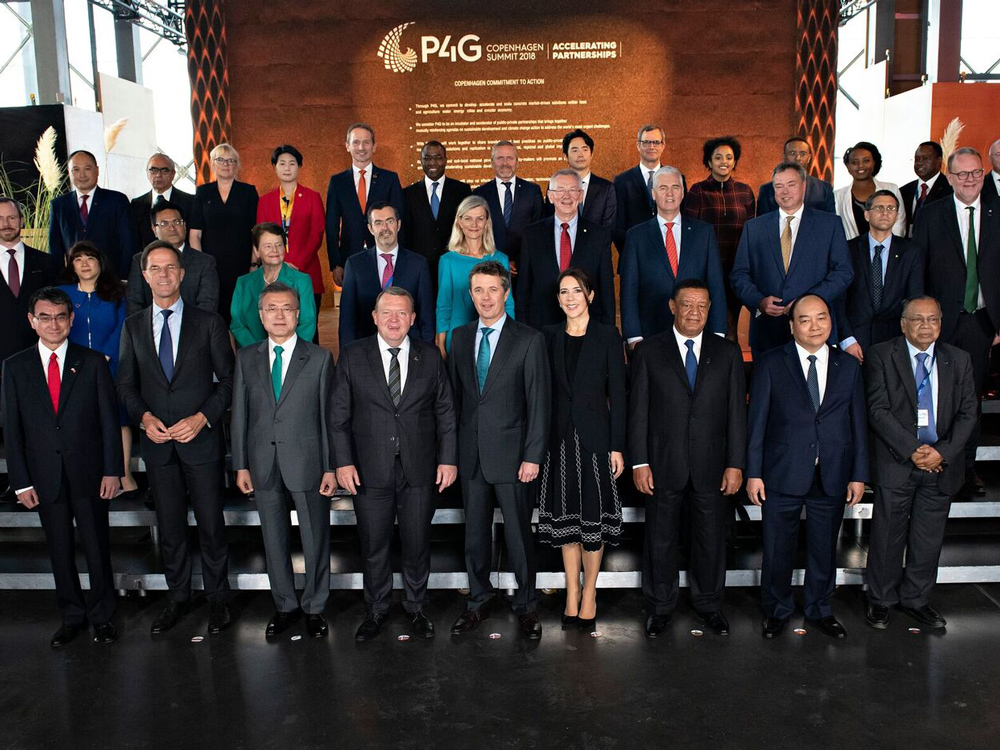 Stockholm (NordSIP) – The P4G summit hosted by the Danish government in Copenhagen on October 19-20 yielded concrete proposals to reach the UN global goals, new investments in green public-private partnerships and the commitment of the Netherlands as the first direct partner country to the P4G initiative.

“We have to accelerate concrete solutions that can be scaled and copied all over the world. That’s exactly what the P4G summit will do,” Denmark’s Prime Minister Lars Løkke Rasmussen said in his introductory presentation video to the summit and the world.The Danish government has been the prime engine behind the P4G initiative, also being the sole financial contributor to its foundation. But on Saturday October 20th Netherlands Prime Minister Mark Rutte announced the donation of €5 million, or DKK 37 million, to the P4G, becoming Denmark’s first direct partner country to the initiative. Denmark remains by far the largest investor in P4G having committed DKK 225 million in development assistance through the initiative up through 2022.

The Dutch support also comes in the wake of a €5 million donation from Denmark to the corresponding new Dutch climate initiative the Global Commission on Adaptation, which alongside P4G works to involve the private sector in finding solutions to climate change. There are seven other announced partners to the initiative, including Vietnam, Kenya and South Korea, with other hitherto undisclosed countries declaring their interest.

Prize allocations were awarded to selected public-private partnerships working to promote the UN Sustainable Development Goals (SDGs) following the establishment of a P4G Partnership Fund worth DKK 25 million ($4.3 million) earlier in 2018 that scale-up partnerships competed to participate in.

The funds were allocated between six different projects:  1) Africa GreenCo, a partnership aiming to mobilise private sector investment for renewable energy in sub-Saharan Africa, 2) Clean Energy Investment Accelerator, a partnership to scale up commercial and clean energy deployment in Colombia and Vietnam, 3) the Cities Climate Action Project, a project to scale up efforts in Colombia and Mexico to increase the adoption and deployment of energy efficiency policies and practices to reduce building energy use, 4) Global Smart Green Logistics Innovation, a partnership between P4G and two Chinese entities to expand a green logistics city initiative, 5) Sustainable Special Economic Zone Africa, a mission to transform special economic zones in Africa into vibrant hubs of low-carbon, sustainable and inclusive business, and 6) Zero Emission Bus Rapid-deployment Accelerator, a partnership to plan, finance and deploy electric bus fleets initially in Medellin, São Paulo and Mexico City.

The Global Smart Green Logistics Innovation project has come under scrutiny, however, because one of the contributing Chinese partners is a subsidiary of AliBaba, the world’s largest online store. The criticism is that P4G has chosen to support a rich company with funds that otherwise could have gone to the world’s poorest. AliBaba’s owner Jack Ma is the world’s 20th richest man. “Bill Gates could remove AIDS in Africa if he wanted to, and that’s what he’s doing. Alibaba must also be able to move on an agenda without Danish aid funds,” said Martin Marcussen, Professor of Political Science at the University of Copenhagen.

Participants to the summit signed The Copenhagen Commitment, a Joint Statement at the final meeting, stipulating cooperation as the only way to solve the world’s problems.

“To achieve targets set by the UN Intergovernmental Panel on Climate Change (IPCC) and to reach the SDGs, a new powerful alliance of global leaders have declared their support and signed the Copenhagen Commitment in recognition that the world needs concrete partnerships to get the job done. The only way to deal with climate change and reach the SDGs – the biggest challenges of our time – is to partner up. Across continents, sectors and generations,” the statement says.

There have been questions about financing of the P4G, however. Advisors in the Foreign Ministry expressed concerns last year when the government chose to fund P4G with the DKK 225 million from its development assistance portfolio that there was a risk of P4G becoming too bureaucratic and too narrowly focused on Danish interests, increasing the likelihood that the good intentions inherent in P4G would be relegated to second place.

“When you read the program description, it is as though that means – public-private partnerships – have become the ends in themselves, whereas the real objective should be to create green growth,” Lars Engberg-Pedersen, a member of the council of advisors, told Information, a Danish daily, days prior to the summit. The Foreign Ministry also planned a report on adjustments to be made to P4G to meet criticisms but the report was scrapped due to the workload involved with preparing the summit.

Stockholm (NordSIP) - The State Bank of India is reported to be preparing to loan INR50 billion (US$670 million) to Adani for investment in...
Read more
News

July 4, 2018
We use cookies to ensure that we give you the best experience on our website. If you continue to use this site we will assume that you are happy with it.OkRead more