Stockholm (NordSIP) – On December 17 at Norrskens house in Stockholm, Angelica Lips Da Cruz, CEO and founder of ALDC Partnership, hosted a pre-launch event for the firm’s long-awaited project. To date, the product, which is a data-driven tool meant to help drive large portions of assets towards more sustainable investments, had been refered to mainly as “the New Algorithm”, and has mostly flown “under the radar”, as Lips Da Cruz likes to qualify her modus operandi. Innorbis, as it has now been officially baptised, will continue to be developed by ALDC together with other partners, among which the Game Changer Global Initiative represented at the pre-launch event by its founder, Sabinje von Gaffke.

Two years ago, Lips Da Cruz left a senior position in risk and product management at one of Sweden’s largest financial institutions to dedicate all her time to her new vision: to finance sustainability by transforming financial steering mechanisms. She believes, for instance, that ‘ESG’ should henceforce be refered to as ‘FESG’, meaning that Financial considerations should be taken into account in the investment decision in conjunction with Environmental, Societal and Governance questions, as opposed to adding one to the others, aftern having analysed them in isolation.

The main issue Lips Da Cruz observed when she started her venture, was the lack of reliable data to enable sound decision making, particularly in the ‘S’ and ‘G’ dimensions. The scarcity of ESG measurements was especially striking when confronted with the abundance of metrics available for the analysis of ‘F’. Accounting standards were developed and refined over decades to provide investors with reliable measures of cash and profitability. After the implementation of IFRS, comparability between geographies also became possible.

“I couldn’t stay on the sidelines watching,” says Lips Da Cruz. “During my years in risk management, I looked mainly at the ‘F’, but I wanted to look at the risk in the other dimensions too. What risk do we encur if we don’t reach the targets set by the Paris agreement? We know that a risk exists if we don’t change, but how can we quantify it? I needed to find a scientific method to get there.”

Lips Da Cruz worked with partners in Sweden but also internationally, in the private, government and NGO sectors to develop sound indicators in each dimension, with a high degree of precision. At the moment, Innorbis is in the process of integrating data from 1600 companies in 179 countires, along 600-1000 sustainability and financial indicators. While Innorbis still needs to complete some milestones before its official launch, Lips Da Cruz hopes that it will serve as a base for investment decisions, be it for asset managers or asset owners.

However, Lips Da Cruz has a broader aim than to provide a data tool, she reminds us. “I call this the social and climate subprime crisis. Maximizing only financial shareholder value is not the answer for boosting innovative solutions for development change. Data quality is not for the only cause for the sustainability gap. We will just put a tool out there, and it should help, but there is a larger ecosystem out there that needs transforming.”

To reach her goal, Lips Da Cruz will be in good company, as the ALDC partnership currently counts an impressive list of organisations, among which the United Nations Capital Development Fund, Living Capital Metrics of the Bear Center – University of California Berkley, RISE Research Institute of Sweden, the 2022 Initiative, and many more. The project is also supported by a board of advisors with a high degree of experience within sustainable investing. It includes experts from Nordic banks such as Alfred Berg and Handelsbanken, but also from international financial institutions, academia and local organisations. 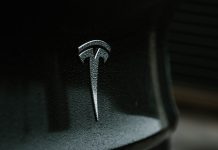 Read more from the web here