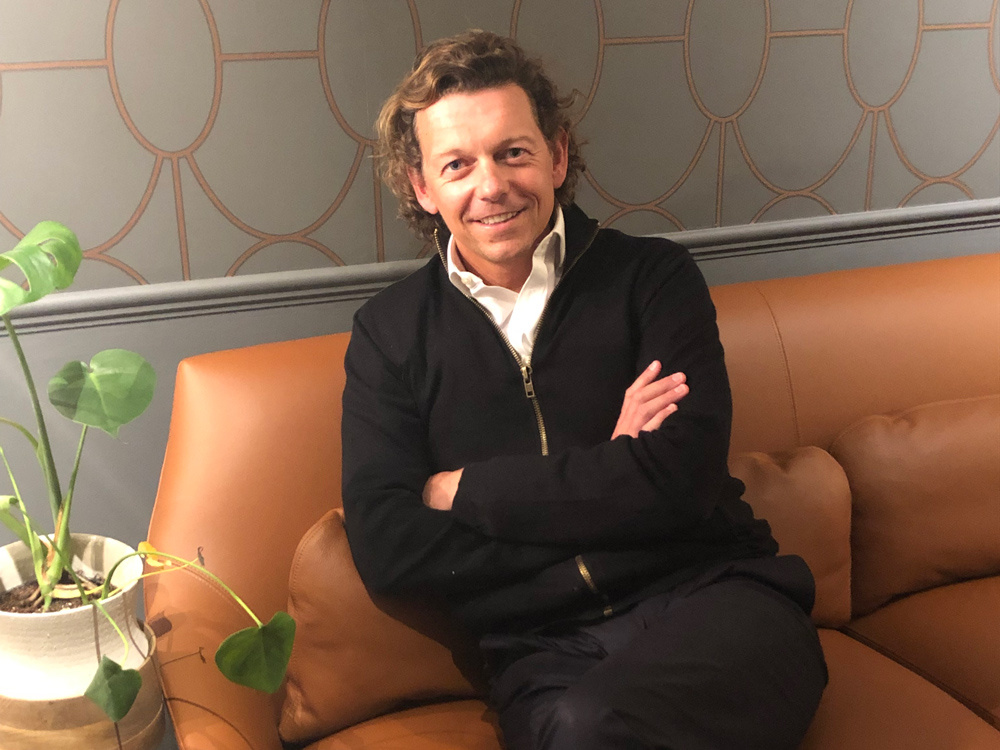 Stockholm (NordSIP) – One late-fall Stockholm afternoon, NordSIP had a chance to sit down with Arnaud Langlois (pictured), Portfolio Manager of the newly launched 1798 TerreNeuve hedge fund, managed by Lombard Odier Investment Managers. After learning more about Langlois’ background, we found out about how he has built a proprietary model, based on sustainability, which his strategy relies on to find investments opportunities, and make better investment decisions in general.

With an investment background of more than 20 years, of which the last nine in hedge funds, Langlois has an impressive pedigree, including positions at Brevan Howard, and most recently, Millenium. It was during his time at UBS O’Connor, seven years ago, that Langlois developed the foundations of the strategy he runs today, integrating sustainability-related data in his investment making decisions. As he wasn’t able to launch a dedicated sustainability strategy at Millenium, he decided to set off on his own, but Lombard Odier convinced him to join forces earlier this year. “I understood that Lombard Odier was a good fit for this strategy. The bank has strong shared values on sustainability,” Langlois explains.

“One of the reasons I wanted to launch a new hedge fund, was that I wanted to talk to investors directly,” Langlois elaborates. “I believe that we have a story to tell. I see a growing interest from investors on sustainability matters. The work we do in this long/short equity strategy is differentiated. We developed a proprietary model to rate and rank stocks within our coverage universe that is instrumental in seeing the world through a slightly different lens.”

The model is based on data, of which two thirds are generated by the team. “We make an assessment based on our own analysis of environmental footprint and governance,” says Langlois. “Our notion of ‘governance’ covers much more than traditional investors assume. We think of governance of something more complex and more encompassing with the view that management teams are part of ecosystems, where they need to have all stakeholders at heart. A management shouldn’t borrow from future earnings to deliver present earnings. Concepts such as taxation are part of our work on governance, for instance.”

“Our model uses many more data points than a typical ESG model,” Langlois continues. “We lay out an extended due diligence process on companies that leads us to ask all the questions that a good investor should ask. This allows us to be more accurate in measuring the top line growth, evaluating costs, margins, the corporate tax rate and so forth. At the same time, we cut out irrelevant or manipulated data sets that may be obtained from external providers.”

The strategy Langlois drives is market neutral. “In our investment approach, we select specific themes, which we believe will help answer some of the most crucial long-term sustainability questions. Electric vehicles are an example, as is the future of plastics, by which we mean the entire value chain from petrochemical production to bottled water.”

The investment strategy uses the same approach on the long and on the short side. While some hedge fund managers may argue that the time-horizon for catalysts on short positions is usually not long enough to take into consideration ESG factors, Langlois thinks differently. “Markets have become increasingly efficient in discounting long-term information,” he says. “As a discretionary fund manager, the biggest payoff is going to be our ability to take advantage at the longer end of the information curve with the view that it is more qualitative in nature, but also richer in opportunities.”

As an example, Langlois proposes the automotive industry. “Car makers de-rated 3 years ago,” he says, “despite the fact that earnings were still revised upwards. This is an illustration of the invisible hand of the market. With the advent of the electric cars, in that new world of mobility, it became impossible to model an OEM producer. It was confusing for many actors in the market. Talking about plastics, some may shy away from being active on the short side there as well, but again, I find that the market is quite good at pricing these long-term risks. We also keep a close eye on regulations which influence the trending of themes and examine how companies’ projects are delivered and capex deployed. Our proprietary tool helps us in our timing. In the case of plastic, for instance, we have observed a massive acceleration in the number of regulations and new pieces of legislations put to the vote. Ten years ago, there were five, today there are close to four thousand!”

The resulting portfolio has shown promising results since launch in early April. The strategy is not entirely factor neutral but remains 65% idiosyncratic. “Typically, given our investment strategy, we are slightly contrarian and we end up net short momentum and slightly net long value.” The portfolio if focused on consumers, materials, and healthcare, but broadly sector neutral. While the fund’s policy doesn’t state any explicit exclusions, the current portfolio currently does not include any oil, mining, gaming or defense stocks. When it comes to tobacco, Langlois has chosen to short the sector. “Our view is that we are happy to make money with the bad guys on the short side,” he says with a smile.

Stockholm (NordSIP) - Following two decades at Jupiter Asset Management, including most recently as Head of Strategy, Environment and Sustainability, overseeing £800m of assets...