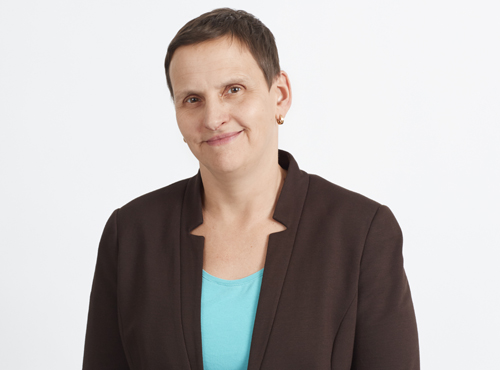 Stockholm (NordSIP) – On 18, the Transition Pathway Initiative (TPI) announced the appointment of former Head of Sustainable Value Creation at AP1, Nadine Viel Lamare in a newly created role as Director of the TPI. NordSIP caught up with Viel Lamare in a telephone interview. She told us why she accepted to the post and shared some of her plans in the short term.

The TPI helps investors assess companies’ preparedness for the transition to a low-carbon economy, supporting efforts to address climate change. Viel Lamare has already been in close contact with the TPI for two years, as she was appointed as AP1’s representative in the organisation’s steering group from the start. “When I left my job, I called them to say that I would no longer be sitting on the steering group, and that put the wheels in motion,” she says.

“Adam Matthews from the Church of England and Faith Ward from the Brunel Pension Partnership have been co-chairing the TPI from the start, and they have done a fantastic job, in addition to fulfilling their duties in their respective organisations. They felt that the time had come to take this project to the next level and realised that somebody should be appointed to drive the project on a day-to-day basis. Hence, they offered me a position as Director of the TPI, and I was honoured to accept. I am looking forward to working alongside Adam and Faith to helping them build an even stronger initiative.”

The position may not be full-time from the onset, but Viel Lamare finds several exciting avenues for expansion already, and she is busy getting her teeth into it. “I am amazed at how fast the project has taken off already, and that gives me confidence in how it can grow going forward,” she says. “We have been talking about international expansion in markets like US, Asia and even some parts of Europe that are still lagging. The TPI already covers 250 companies, including the large gap and high carbon emitters, but we still need to improve our penetration in other regions, and smaller companies. In February, we will be initiating coverage on two new sectors and increasing the number of companies to 270.”

To increase the number of covered companies, TPI works actively with various organisations such as the LSE, the PRI and FTSE Russell, which provide the data necessary for the initiative’s assessment. “I’m truly impressed by how much the TPI has achieved thanks to the dedication of all the individuals involved so far. With one person now dedicated to managing the relationship with our key stakeholders, we should become even more efficient in providing quality data to investors,” Viel Lamare says.

“This is a visionary project,” she adds. “We are providing quality information at no cost. With this open source, which is available to everybody, we hope to accelerate change. If we all engage in the same way, with the same data as the basis for our engagement, we are more effective and more credible. In that respect, the participation of the LSE and the Grantham Institute are essential to support the credibility of our efforts.”

Indeed, on the TPI’s website, everyone can access useful and concise analysis. For example, the automotive sector one of the latest additions to the TPI’s universe and an insightful report shows which companies are aligned with a 2-degree scenario, and which ones are not. The TPI also provides an assessment of companies’ carbon management quality and classifies companies in five different levels. Similar information is available for major players in cement, coal mining, consumer goods, electricity utilities, oil & gas production and distribution, services, paper, steel and other basic materials.

Aline Reichenberg Gustafsson, CFA
Aline Reichenberg Gustafsson, CFA is Editor-in-Chief for NordSIP and Managing Director for Big Green Tree Media. She has 18 years of experience in the asset management industry in Stockholm, London and Geneva, including as a long/short equity hedge fund portfolio manager, and buy-side analyst, but also as CFO and COO in several asset management firms. Aline holds an MBA from Harvard Business School and a License in Economic Sciences from the University of Geneva.
Previous article
Fink’s Letter to the CEO Disappoints Activists
Next article
UBS to Offer Project-Focused Investments
January 24, 2019