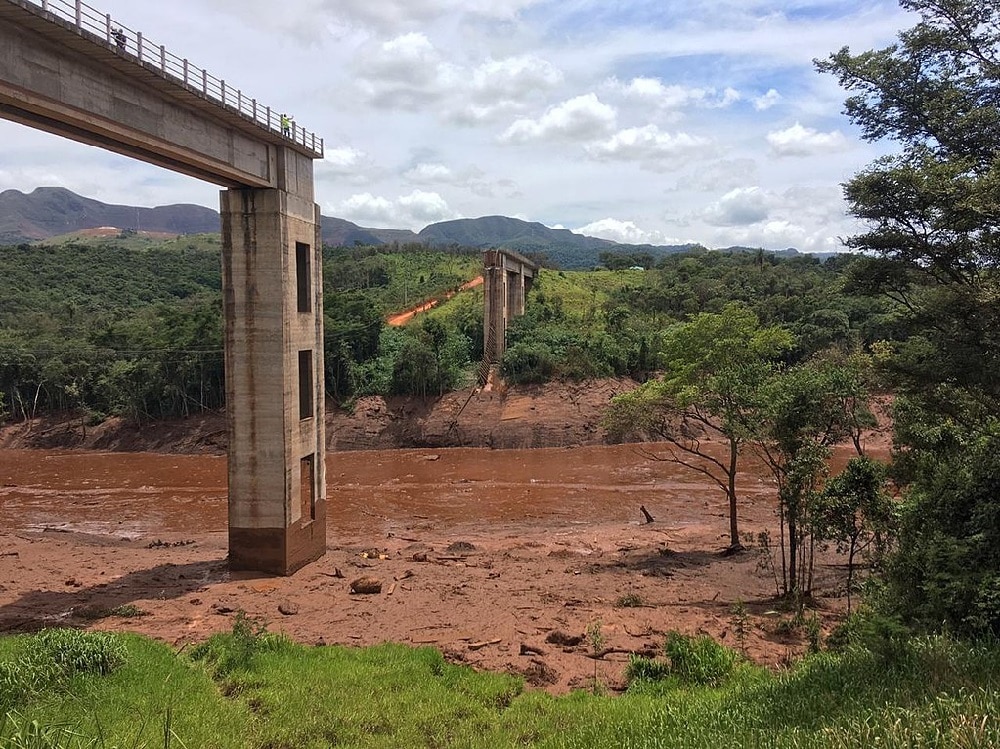 NordSIP (Stockholm) – Following an accident at a Vale-owned mine in Brumadinho, in the Brazilian state of Minas Gerais, the first four Swedish AP funds together with a range of other investors have proposed the creation of an independent global and public classification system for monitoring the safety risks of mining companies’ waste ponds, according to a press release by AP1.

On Monday, January 25, at around 13:00 local time, the tailings dam holding back toxic waste from mining operations at the Córrego do Feijão mine broke. In the ensuing toxic and mud flood, 99 people reportedly died, and 259 people went missing according to Vale, the world’s largest producer of iron ore and operator of the mine in question. According to the Brazilian environmental ministry (IBAMA), 269.84 hectares of land were destroyed. This includes 133.27 hectares of the Atlantic rainforest and 70.65 hectares of Permanently Protected areas (APP). Five people have been arrested in relation to the accident, including three Vale officials, and Vale has been fined BRL 250 million, equivalent to US$ 67.5 million. In 2015 a similar accident killed 19 people in at another of Vale’s operations in Mariana. In 2012, based on 88,766 votes, Public Eye awarded Vale the people’s prize for “particularly flagrant human rights abuses and environmental harm by corporations”.

In response to this accident, the AP funds together with Church of England, Dutch APG and Robeco, New Zealand Super, UK’s LGPS Central and BMO Global Asset Management, which together manage funds in excess of SEK 10,000 billion, called for independent monitoring of mining waste ponds.

“We have lost confidence in the sector’s ability to regulate itself on this issue. It is too early to say the exact cause of this disaster, but the consequences when something goes wrong is clear and devastating. We will work with the English Church and other investors and demand that the necessary measures be taken, ” says John Howchin, Secretary General of the AP Funds Ethics Council.

By being public and independent of the mining companies, the new system should provide more reliable data to local communities, governments, civil society and investors. This information should be obtained through annual audits of all waste ponds and verification that the highest safety standards are implemented. This proposal echoes a similar recommendation by the International Council on Mining and Metals (ICMM) in 2016.

“In simple terms, these failures of tailing dams must not happen. These are not black swan events. An independent classification system will ensure that communities, workers and investors know the safety standards for relief ponds are in place and if they are applied,” said Adam Matthews, Head of Ethics and Commitment to the Church of England Pensions Board.

The first stage in the process of creating this new monitoring system will be a meeting with international industry experts and other investors.

Filipe Albuquerque
Filipe is an economist with 8 years of experience in macroeconomic and financial analysis for the Economist Intelligence Unit, the UN World Institute for Development Economic Research, the Stockholm School of Economics and the School of Oriental and African Studies. Filipe holds a MSc in European Political Economy from the LSE and a MSc in Economics from the University of London, where he currently is a PhD candidate.
Previous articleBNY Mellon Sustainable Global Real Return
Next articleBNY Mellon Sustainable Global Dynamic Bond Fund
February 6, 2019

Stockholm (NordSIP) - The Climate Bonds Initiative has announced the expansion of its data analysis capabilities with the launch of a Social and Sustainability...
News

Stockholm (NordSIP) - Many of the members of the EU Platform on Sustainable Finance (PSF), an expert group launched in 2020 to assist the...