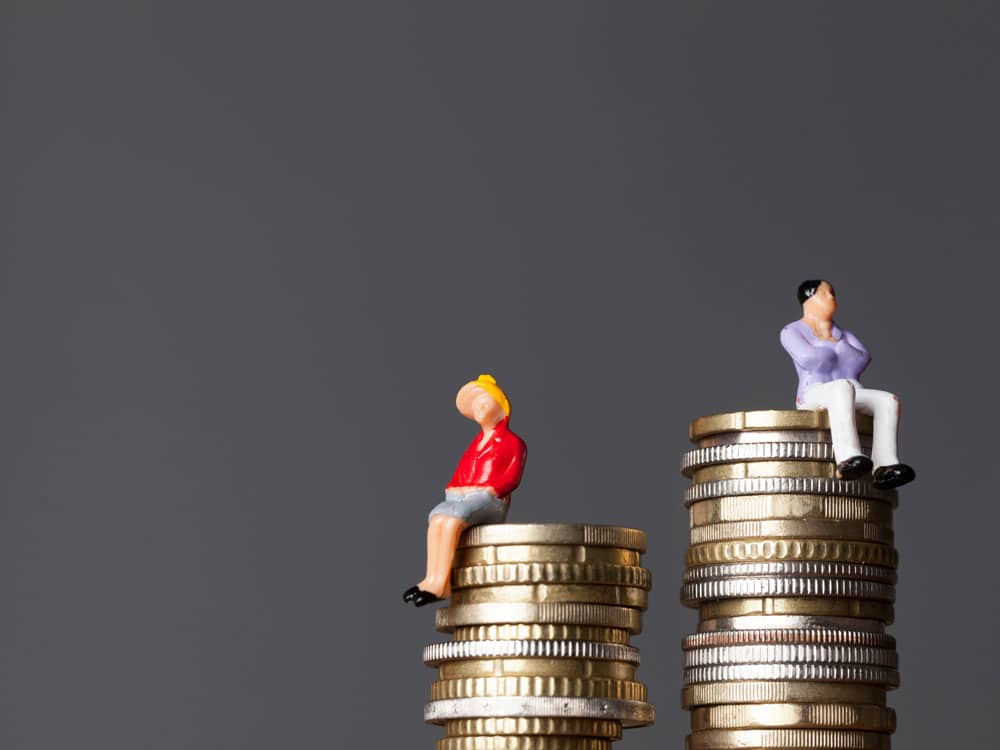 Stockholm (NordSIP) – This year, UK companies with more than 250 employees have to report on their gender pay gap (GPG). This week, Investment Week published a review of the disclosure from larger asset managers, along with the comments of representatives at the firms. Numbers don’t lie, and the disclosure requirement has certainly increased pressure to react. Establishing policies and appointing a few women on a board will no longer be enough.

First on the list is Legal & General Investment Management (LGIM), which exhibits a worsening of its gender pay gap at the asset management branch. This result raises questions, as during the same period, the pay gap decreased at the parent company, British multinational financial services company L&G Group, which also offers products and services related to life assurance, general insurance and pensions. The group publicly stated its commitment to improving women’s conditions in the workplace. Emma Hardaker-Jones, group HR director at L&G, expressed her satisfaction that L&G has been added to Bloomberg’s 2019 Gender-Equality Index, in the Investment Week article.

Based on what Bloomberg calls “the only international standardised reporting and disclosure method for workplace gender data,” the 2019 Gender-Equality Index “includes 230 companies from ten sectors headquartered in 36 countries”. Companies fill in a 67-question survey and only those above a given threshold make it into the index. Bloomberg may also include other companies based on publicly available information. The data firm does not disclose the weighing of the questions for scoring, and the companies are not ranked, but it does specify that a higher degree of disclosure counts as a positive.

So how did L&G make it into this heralded index? Looking closer at the group’s management composition, we find that both the group CEO and CFO are men, and among the 13 members of “key management”, four are women. On the group’s board, we find only two women out of 11 directors. L&G Group’s overall gender pay gap in 2018 was 29%, and its bonus pay gap was 49%. On the other hand, there are three categories of questions (out of four) in the Bloomberg survey, which a company can rely on to compensate for its lack of female leaders: policies and benefits, external impact and community.

Looking again at the Investment Management branch of the group, we find that the executive team of 12 only counts 2 women, and while the pay gap is lower than its parent’s, it worsened to 22.8% in 2018 (from 21.4%), while its bonus pay gap is even higher than the group’s at 58.3%, up from 55.2%. While these numbers seem to be closely linked to the lack of women in top management and other key performing positions, they also highlight the wide disparity of compensation, which is particularly noticeable in investment management organisations or other financial institutions in general.

Robert Higginbotham, head of global investment management services at  T. Rowe Price, said: “Addressing the representation gap will take time to resolve across the financial services industry and at T. Rowe Price.” Indeed, the pay gap at his firm was less than exemplary, reaching 47.3% overall and 77.5% in bonus pay gap. The firm announced concrete steps to remediate these figures. “Our gender pay gap data for 2018 indicates we continue to have a representation issue, particularly within our sales and investment divisions. Although the gender pay gap is an intrinsic societal issue, we recognise that we have a significant responsibility in helping to address and reduce the gap,” Higginbotham added in the article.

Meanwhile, the efforts deployed by Hermes, for example, have already paid off, as the mean gender pay gap had decreased from 30.2% in 2017 to 27% in 2018, which was the target set by the firm last year. However, Hermes is not satisfied with the levels yet and targets further improvements until 2021. The article quotes Hermes CEO Saker Nusseibeh: “There is still work to be done to attract diverse talent at all levels. Our industry is one of the worst in terms of its gender pay gap, and we hope that these reporting regulations continue to motivate our peers, as they have us, to develop inclusive, diverse and equal working environments.”

Aline Reichenberg Gustafsson, CFA
Aline Reichenberg Gustafsson, CFA is Editor-in-Chief for NordSIP and Managing Director for Big Green Tree Media. She has 18 years of experience in the asset management industry in Stockholm, London and Geneva, including as a long/short equity hedge fund portfolio manager, and buy-side analyst, but also as CFO and COO in several asset management firms. Aline holds an MBA from Harvard Business School and a License in Economic Sciences from the University of Geneva.
Previous article
Rising ESG Scores Signal Growth Opportunities
Next article
The Week in Green
March 15, 2019