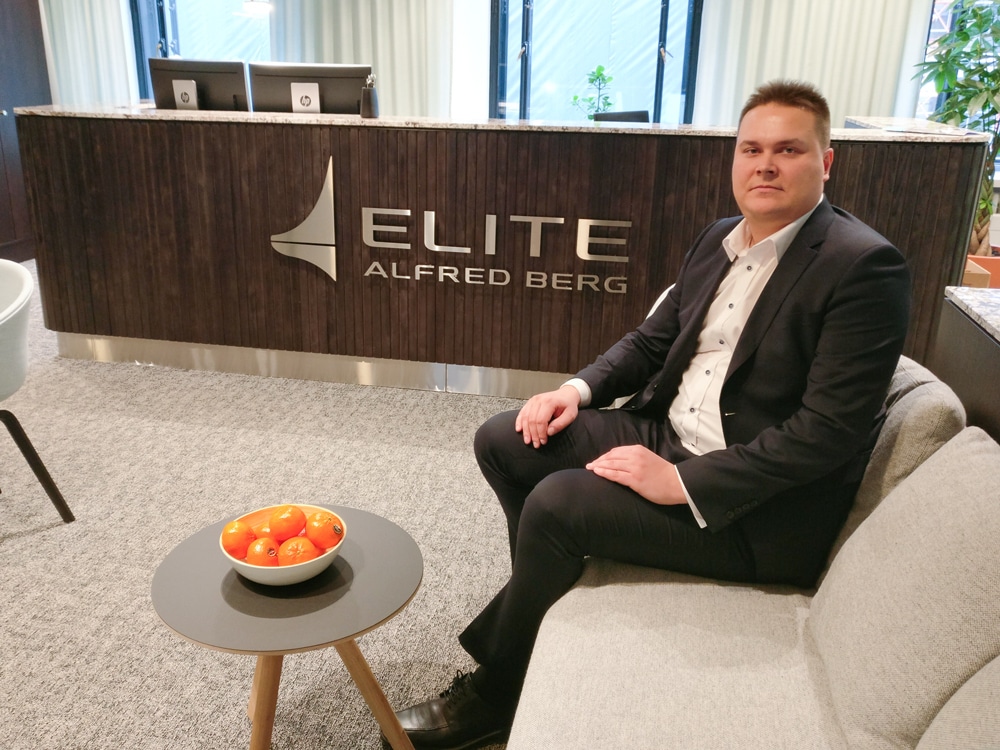 Stockholm (NordSIP) – We were very excited to meet Toni Iivonen, CFA and Head of Financing Solutions at Elite Alfred Berg (EAB), to discuss their new fund focused on solar plants in India.

“The ‘Elite Indian Solar Fund I’ is a co-owner of four operational, strong cash flow-generating, solar power plants in Bhadla, Hurda, Kapeli, and Pavagada in India. These four assets generate an aggregate 185 MW of electricity,” explains Iivonen. “The power plants were originally built by Fortum Plc, the Finnish utilities company. In a deal last summer Fortum sold most of its stake in these assets to fund the construction of new solar plants.”

According to the manager, the structure of the fund aligns Fortum’s interests with those of investors. “The solar plant portfolio is jointly owned by EAB’s fund (14.2%), the UK Climate Investments LLP (40%) – a joint initiative of the UK government and the Macquarie Group – and by Fortum (45.8%),” the manager explains. “Fortum will keep a stake of up to 30% in the portfolio and its local staff will continue to manage the operational activities of the power plants. The fact that they still have skin in the game signals their confidence in the quality of these assets and is an assurance to us. EAB also retains an option to increase its ownership share in the portfolio up to 30%.”

Quantitatively, the nature of the assets also provides a steady cash flow. “This investment is not unlike a fixed income fund. To build the power plants Fortum has to win a public auction for a building permit. The winner of that auction bids the lowest price that consumers will have to pay,” explains the manager. “Because it knows the price, it will charge for electricity, and given the relatively stable nature of energy consumption, Fortum can estimate how much the plants will make in revenues every year. This steady revenue stream means we can estimate quite accurately the returns the fund can provide.”

According to the fund’s brochure, EAB is targeting € 30 million worth of equity for this fund, and the minimum subscription is € 1 million. The first close was in August 2018 and the second one is planned for the end of this month.

“Investors are immediately entitled to a rupee cash flow yield in the range of 10%-14% per annum, of which at least 5% is distributed annually. Moreover, the plants will be sold at the end of the fund’s term, in 5 to 7 years, which may generate capital gains,” says Iivonen.  “It is a relatively safe investment, and its expected performance compares well with comparable local assets. While a ten-year Indian government bond yields around 7%, the fund’s returns are almost twice that,” according to the fund manager.

A Finnish power plant in India may seem like an unusual mix, but Iivonen explains that it was a natural choice for Fortum. “Fortum has a big presence in Russia, where it owns coal and gas  power plants. These assets leave them exposed to currency risk from fluctuations in the Russian ruble, which due to the nature of the Russian economy is very correlated with the price of oil. Given the volatility in commodity markets, Fortum started looking for a way to hedge this risk. India is a net importer of oil, so its currency correlates to that commodity in exactly the opposite direction. Building power plants in India is a natural hedge to Fortum’s exposure to Russia.”

Iivonen is also keen to emphasise that the fund will make an impact on the environment and investors’ portfolio. “From a sustainability point of view, exposure to this fund also allows investors to reduce their carbon footprint. We estimate that a € 1 million investment in the fund produces 3,000 ton of CO2 reduction every year, equivalent to the yearly CO2 emissions of 670 Swedes, or 1800 from Indians,” he explains.

The main risks for investors in this fund are typical of emerging markets, according to Iivonen. “On the one hand, investors are exposed to exchange rate volatility. The rupee has been relatively stable, but it’s a consideration that investors should bear in mind. One can also not entirely dismiss the risks related to a reduction in government support for the sector or the potential for conflict between India and its neighbours.”

However, the manager is confident in the stability of the present Indian government and its policies. “Given the current political landscape, we believe that these risks are minimal. We are reassured by the fact that prime minister Modi’s government and its neoliberal economic agenda enjoy broad popular support. Current account and budget deficits, as well as inflation and interest rates on government debt, have also fallen over recent years. Meanwhile, economic growth has accelerated and Moody’s upgraded the government’s credit rating.”

India is scheduled to hold parliamentary elections between 11 April and 19 May. The final results are expected to be announced in the following week. According to the latest polling, Modi’s NDA coalition is expected to win a majority of the seats.

Filipe Albuquerque
Filipe is an economist with 8 years of experience in macroeconomic and financial analysis for the Economist Intelligence Unit, the UN World Institute for Development Economic Research, the Stockholm School of Economics and the School of Oriental and African Studies. Filipe holds a MSc in European Political Economy from the LSE and a MSc in Economics from the University of London, where he currently is a PhD candidate.
Previous articleHerding the Bankers Against Climate Change
Next articleKommuninvest Launches Fourth SEK Green bond
March 20, 2019

And the Winner Is…

Not Just Another Quant Manager

Stockholm (NordSIP) – In today’s ultra-competitive global asset management landscape, starting a new firm requires ambition, courage and above all, the belief in a...
Interviews

Stockholm (NordSIP) - The financial community's ability to contribute towards the achievement of the goals of the 2015 Paris Agreement and the broader UN...
Interviews

Ex-Marketing Director with a Passion for Sustainability Joins Storebrand

Fam Evaldsson, who recently joined Storebrand Asset Management as Director for Distribution, sounds very enthusiastic about her new position. “Getting the opportunity to work...