Companies Continue to Fail the Climate

Stockholm (NordSIP) – The Transition Pathways Initiative published a scathing report on the state of the energy transition according to which, over 80% of companies remain off track for a 2°C world. The study has assessed  332 companies on their Management Quality and 238 of these on their Carbon Performance.

The flagship annual review finds that 29% of companies have improved their governance of climate-related risks and that across all sectors, average emissions intensity is falling by 1.9% annually. However, only 43 companies (18%) are on an emissions path alined with limiting climate change to 2°C and 9% of the companies it reviewed have regressed in terms of their governance of climate-related risks during the past year.

The study shows that the Airline, Oil & Gas and the Cement industries lag behind the most. However, Shipping, Electricity Utilities and the Paper industries are leading the effort to be at or below 2°C.

“Our analysis shows that not only have relatively few companies set emissions targets aligned with the Paris Agreement goals, not all of the companies that have done so are actually on track to meet those targets,” Professor Simon Dietz, research lead for TPI and Professor of Environmental Policy at the LSE’s Grantham Research Institute on Climate Change and the Environment, said. “Particularly in the cement, oil and gas and steel sectors, few companies are reducing their emissions fast enough to deliver their targets. In some cases, companies with targets saw their emissions intensity go up in recent years. This shows that investors must not only look at what targets companies have set, but also at what those companies are doing on the ground and in the boardroom to deliver them.”

The state of disclosures is also not very encouraging. According to the study, 56% of companies disclose support for international climate efforts such as the Paris Agreement. However, only 40% have incorporated climate change risks and opportunities in their strategy. Moreover, the study finds that 31% of companies disclose an internal price of carbon, while 26% disclose climate scenario planning, as recommended by TCFD. Finally, the geographic composition of companies alignment also suggests that even in the best-case scenario, much remains to be done.  36% of European companies are aligned with 2°C or below, compared with 16% of North American companies, 10% of Japanese companies, 5% of Chinese companies and 0% of Russian or African companies.

Image by Gerd Altmann from Pixabay 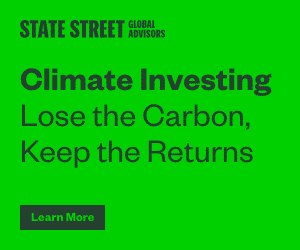 Stockholm (NordSIP) - On Tuesday, October 20th, the European Union launched its inaugural €17 billion dual-tranche social bond due in 2030 and 2040. The...
Read more
News

April 5, 2019
We use cookies to ensure that we give you the best experience on our website. If you continue to use this site we will assume that you are happy with it.OkRead more