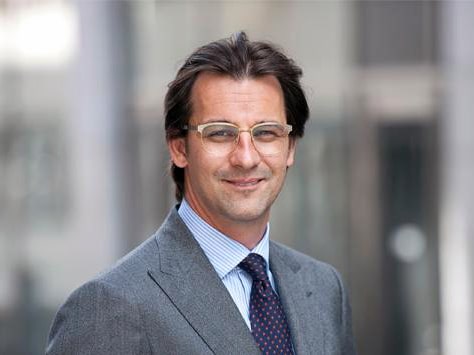 Stockholm (NordSIP) – Sasja Beslik is leaving Nordea, according to reports in the Swedish press. The outgoing Head of Group Sustainable Finance is parting ways with the Nordic bank after ten years at Nordea.

“I have developed this field at Nordea and am now moving on to new challenges, linked to the job I have done before. There is great international interest in this field interest and in my work,” Beslik commented in Swedish, according to Dagens Industri (DI).

According to Nordea, Sasja Beslik is chairman of UNEP Finance Initiative’s Water Work Group and is a member of the steering committee within PRI on shale gas and water issues. He was awarded The Order of the Seraphim by H.R.H King Carl Gustaf of Sweden in 2013 for extraordinary efforts in the field of finance and sustainability.

“Sasja Beslik was born in Bosnia and fled to Sweden more than twenty years ago to avoid being drawn into the war in the former Yugoslavia. At the age of 21, he made his way across Europe. With 20 German marks in his pocket and three T-shirts in a plastic bag, he entered Poland, sailed across the Baltic Sea and arrived in Sweden. He holds a Bachelor’s degree in journalism and economics from Stockholm University and worked as a war correspondent for several years writing for the Red Cross, Unicef, Dagens Nyheter and more,” according to his Nordea profile.

“I have been working in this field since 2004 and am one of its pioneers. It has developed incredibly over the past three to four years. I think the next three, four years, will be even more focused on these issues. The financial sector is key to the transition to a sustainable future,” the outgoing Head of Group Sustainable Finance explained in Swedish to DI.

Starbucks to Halve Carbon Emission by 2030

Stockholm (NordSIP) - In a letter to Starbucks' partners, customers and stakeholders, the company's CEO, Kevin Johnson, announced a range of initiatives and goals...
Read more

January 20, 2020
Stockholm (NordSIP) - At the beginning of January 2020, the Sustainable Active Investment Lab (SAIL) announced the launch of Sustainable Insight Japan.com. The website...

Siemens Stuck with Adani Coal Mine

Stockholm (NordSIP) - Following the announcement of the Davos 2020 Manifesto on the Universal Purpose of a Company in the 4th Industrial Revolution, the...
Read more
Green Bond Review

US$1 Trillion Green Bonds by the Summer?

Starbucks to Halve Carbon Emission by 2030

Stockholm (NordSIP) - In a letter to Starbucks' partners, customers and stakeholders, the company's CEO, Kevin Johnson, announced a range of initiatives and goals...
Read more

The Week in Green – January 17: Commitments

The commitments for investments in a sustainable future continue this week and seem to confirm the early trend for the year. As Greta stated...
Read more

July 5, 2018
We use cookies to ensure that we give you the best experience on our website. If you continue to use this site we will assume that you are happy with it.OkRead more