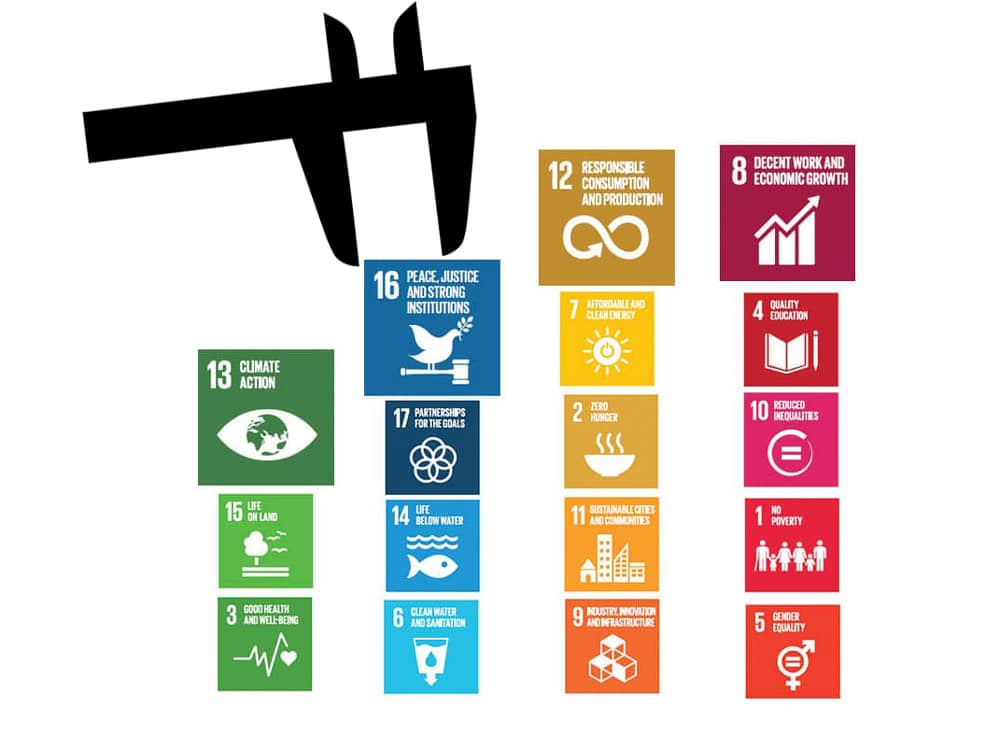 Stockholm (NordSIP) – Research by Angelica Lipps da Cruz, William P. Fischer, Leslie Pendrill and Aslak Felin argues that metrology and interoperability are crucial to our ability to realise the UN SDGs. The authors propose the creation of software tools to overcome the present issues and failures underpinning these two dimensions of the UN SDGs.

Angelica Lipps da Cruz is the CEO and founder of INNORBIS by ALDC Partnership in Stockholm, Sweden, a dynamic forward-looking business analytical tool for scaling up the assessment of sustainable development.  William P. Fischer is a research associate at the BEAR Center, School of Education, University of California, Berkeley focusing on measurement theory and practice with articles published in Frontiers of Psychology, Journal of Applied Measurement and Theory & Psychology, among many others. Leslie Pendrill is a Professor in experimental physics and has devoted his work life to research and education in metrology. Aslak Felin is the Head of RISE Societal Wellbeing and co-initiator and system designer of Social and Health Impact Center. Both Pendrill and Felin are affiliated with the Research Institute of Sweden (RISE), in Gothenburg.

The recommendations of the four authors regarding the realisation of the UN SDGs were presented at the International Measurement Confederation (IMEKO) Joint Symposium at the beginning of July 2019 in St Petersburg, Russia.

The research by the four authors focuses on two topics that echoe concerns from the UN Industrial Development Organisation (UNIDO), the International Bureau of Weights and Measures (BIPM), and the International Organisation of Legal Metrology (OIML). The authors’ first issue is with metrology, the science of measurement, which establishes a common understanding of units.

In the specific context of the UN SDGs, the authors note that the 17 goals and the 232 different indicators attached to the SDGs are ordinal scores such as rankings that are useful for ranking performance rather than actually measuring it. Moreover, these indicators are treated in isolation from one another and often mistaken for actually measures.

“Mapping impact measurement in support of the 17 SDGs means abandoning the usual approach to sustainability metrics, where every indicator is treated as a separate universe, a silo, scaled in its own ordinal ranking metric,” explains a report by the authors. “In the new art and science of sustainability measurement, we take into account the interdependencies among the different SDGs. We know all of our indicators work together to provide coherent, consolidated measures, and we know what data-based and theoretical consistencies make sense.” The presentation adds that “instead of interpreting multiple indicators in terms of a sustainability construct organized at a higher-order complexity, that construct needs itself to be mapped, modelled, and measured.”

The presentation explains that there is a standard four-step operating procedure in metrology that can be applied to the SDGs to develop metrological interoperability for the SDGs. The first step involves determining an infrastructure for standards. This requires the evaluation and harmonisation of existing standards to check for gaps and redundancies. In the second step, conformance classes are developed to answer the questions “how will quality-assured conformity be achieved?” and “what are the test specifications”. Next, it is necessary to create a “metrology testbed” that evaluates whether the existing instruments are fit for the purpose at hand and calibrates these instruments to the relevant standards. Once the preceding three steps are carried out it is then possible to publish interoperability guidelines.

According to the authors, “two interoperability failures are built into SDG metrics: Counts are misconceived as measures and scores are recognised as not comparable but are reported anyway.”

The first problem stems from the fact that “numeric counts are not measured quantities”. Presumably, in a reference to the difference between the mass of a thing and the number of that thing, the presentation notes that “two people might have the same number of apples but we cannot know from the count who has more apple as a sum total”. Taking the example of SDG1, “End poverty in all its forms everywhere”, the way in which one of the apparently clear targets of eradicating “extreme poverty for all people everywhere, currently measured as people living on less than $1.25 a day” is presumably measured is actually problematic. The suggested approach of measuring the “proportion of population below the international poverty line, by sex, age, employment status and geographical location (urban/rural)” does not take into account whether such condition is temporary or chronic.

Using the example of SDG4, “inclusive and equitable quality education”, the authors take issue with the proposed use of the share of lower secondary school students “achieving at least a minimum proficiency level in (i) reading and (ii) mathematics” as a “measures”. They cite comments from UNESCO that “the minimum proficiency level in reading and mathematics is as defined by each assessment. Data need to be interpreted with caution since the different assessments are not comparable.”

The authors report that they are developing software tools to clean the proposed list of UN SDG indicators of inefficient redundancies and inconsistencies to identify and package them in software that investors can use to assess the sustainability of their investments. “The success of this project will focus attention on the need for a new institutional economics of human, social and natural capital,” concludes the report. “Of particular importance will be the ways the ways in which scientific metrology calibrates standardised instruments capable of mediating capital budgeting decisions via industry-wide consensus on common product definitions and legal title to shares of human, social and natural capital stocks.”

Filipe Albuquerque
Filipe is an economist with 8 years of experience in macroeconomic and financial analysis for the Economist Intelligence Unit, the UN World Institute for Development Economic Research, the Stockholm School of Economics and the School of Oriental and African Studies. Filipe holds a MSc in European Political Economy from the LSE and a MSc in Economics from the University of London, where he currently is a PhD candidate.
Previous article
Solactive Unveils ISS ESG Prime Index Series
Next article
Ethic Doubles 2018 Funding
July 23, 2019

Stockholm (NordSIP) – The latest in a line of multinational energy companies announcing record profits for 2022 has added a twist by dialling back...
News

Stockholm (NordSIP) - On January 26th, the PRI published its 2023 Reporting Framework, providing sustainable investors with an update on best practices for reporting...
News

Stockholm (NordSIP) – Although the ‘G’ in ESG harbours many material risks, those issues can often get overlooked by sustainable investors focused predominantly on...
News

Stockholm (NordSIP) – Last week the NordSIP Laundromat covered the simmering controversy over carbon offsetting, which seemed to boil over following the publication of...
News

Stockholm (NordSIP) – The latest edition of ShareAction’s report on asset managers’ engagement efforts, Voting Matters 2022, is out now. The authors examine how...