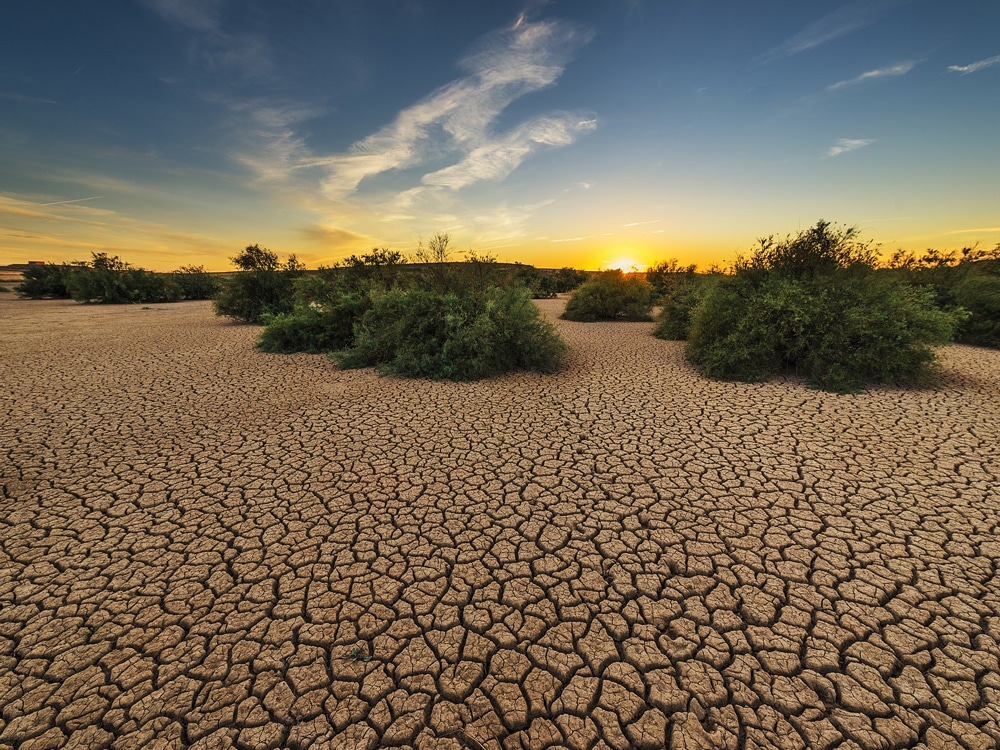 Stockholm (NordSIP) – “Keeping global warming to well below 2ºC can be achieved only by reducing greenhouse gas emissions from all sectors including land and food”, noted the UN’s Intergovernmental Panel on Climate Change (IPCC) on the occasion of the publication of the Special Report on Climate Change and Land (SRCCL).

The report focuses on the state of earth’s land, its degradation and desertification, the type of uses it is put to and how it affects our climate and food security. The SRCCL also considers various scenarios for the evolution of land use and concludes with policy suggestions for the path ahead.

“Land plays an important role in the climate system,” said Jim Skea, Co-Chair of IPCC Working Group III. “Agriculture, forestry and other types of land use account for 23% of human greenhouse gas emissions. At the same time, natural land processes absorb carbon dioxide equivalent to almost a third of carbon dioxide emissions from fossil fuels and industry,” he said.

Population growth and changes in consumption have caused more land to be used for agricultural production, an activity that now accounts for approximately 70% of global fresh-water use. Of this total, 1% is used for infrastructure, 12-14% is used for croplands, 30-47% for pastures, 16-23% is human-managed forests, and 24-31% is land that has experienced little to no human interference.

The impact on the weather is also noticeable, and it feeds back into the land and its productivity. “Since the pre-industrial period, the land surface air temperature has risen nearly twice as much as the global average temperature,” says the report. Land temperatures already exceed the 1.5°C target of the COP 2015. The report notes that “changing land conditions can reduce or accentuate warming and affect the intensity, frequency and duration of extreme events”. The result has been an annual increase in the surface of drylands in drought by a little over 1% per year in the period between 1961 and 2013.

Agricultural expansion has contributed to desertification and land degradation. Dryland areas in drought annually have tended to increase, particularly after the turn of the millennium, and were up by 50% in the mid-2010s. In 2015, 500 million people lived within areas which experienced desertification between the 1980s and 2000s. That corresponds to 200% more people than in 1961.

The expansion in agricultural land use has not been carried out sustainably. “Soil erosion from agricultural fields is estimated to be currently 10 to 20 times to more than 100 times higher than the soil formation rate,” notes the report. At the present pace, the rate of soil erosion will eventually undermine the ability of humanity to produce the foodstuffs that are causing this degradation. Moreover, unsustainable practices continue to the point of consumption, where 25-30% of the total food produced is lost or wasted.

According to the experts, climate change is affecting food availability (yield and production), access (prices and ability to obtain food), utilisation (nutrition and cooking), and stability (disruptions to availability) – the four pillars of food security.

“Food security will be increasingly affected by future climate change through yield declines – especially in the tropics – increased prices, reduced nutrient quality, and supply chain disruptions,” said Priyadarshi Shukla, Co-Chair of IPCC Working Group III.“We will see different effects in different countries, but there will be more drastic impacts on low-income countries in Africa, Asia, Latin America and the Caribbean,” he said.

Solutions to this problem include increased food productivity, dietary choices and food losses and waste reduction. Such improvement would reduce demand for land conversion, freeing land and creating opportunities for enhanced implementation of other response options.

“Policies that support sustainable land management, ensure the supply of food for vulnerable populations, and keep carbon in the ground while reducing greenhouse gas emissions are important,” said Eduardo Calvo, Co-Chair of the Task Force on National Greenhouse Gas Inventories.

All alternative approaches discussed by the SRCCL require some extent of land-based mitigation and land-use change solutions – reforestation, afforestation, reduced deforestation, and bioenergy – to limit warming to 1.5ºC or below 2°C.

“There are things we are already doing. We are using technologies and good practices, but they do need to be scaled up and used in other suitable places that they are not being used in now,” said Panmao Zhai, Co-Chair of IPCC Working Group I. “There is real potential here through more sustainable land use, reducing over-consumption and waste of food, eliminating the clearing and burning of forests, preventing over-harvesting of fuelwood, and reducing greenhouse gas emissions, thus helping to address land-related climate change issues,” he said.

“Land already in use could feed the world in a changing climate and provide biomass for renewable energy, but early, far-reaching action across several areas is required,” said Hans-Otto Pörtner, Co-Chair of IPCC Working Group II.

Tuning Into Active Engagement in 2021

Aline Reichenberg Gustafsson, CFA - September 23, 2021
About the Growing Role and Impact of Stewardship on Sustainable Investing Asset owners and investment managers are striving to reach new goals in sustainable investing...

Schneider Electric and the Power of Strategic Vision