Beyond Meat Partners with KFC and Neat Burger

Beyond Meat is a plant-based meat substitutes producer founded in 2009 and based in Los Angeles.

KFC’s new product debuted as part of an exclusive, one restaurant test, available to customers of the KFC Cobb Parkway restaurant near SunTrust Park in Atlanta, between 10:30 am and 6:30 pm on August 27. 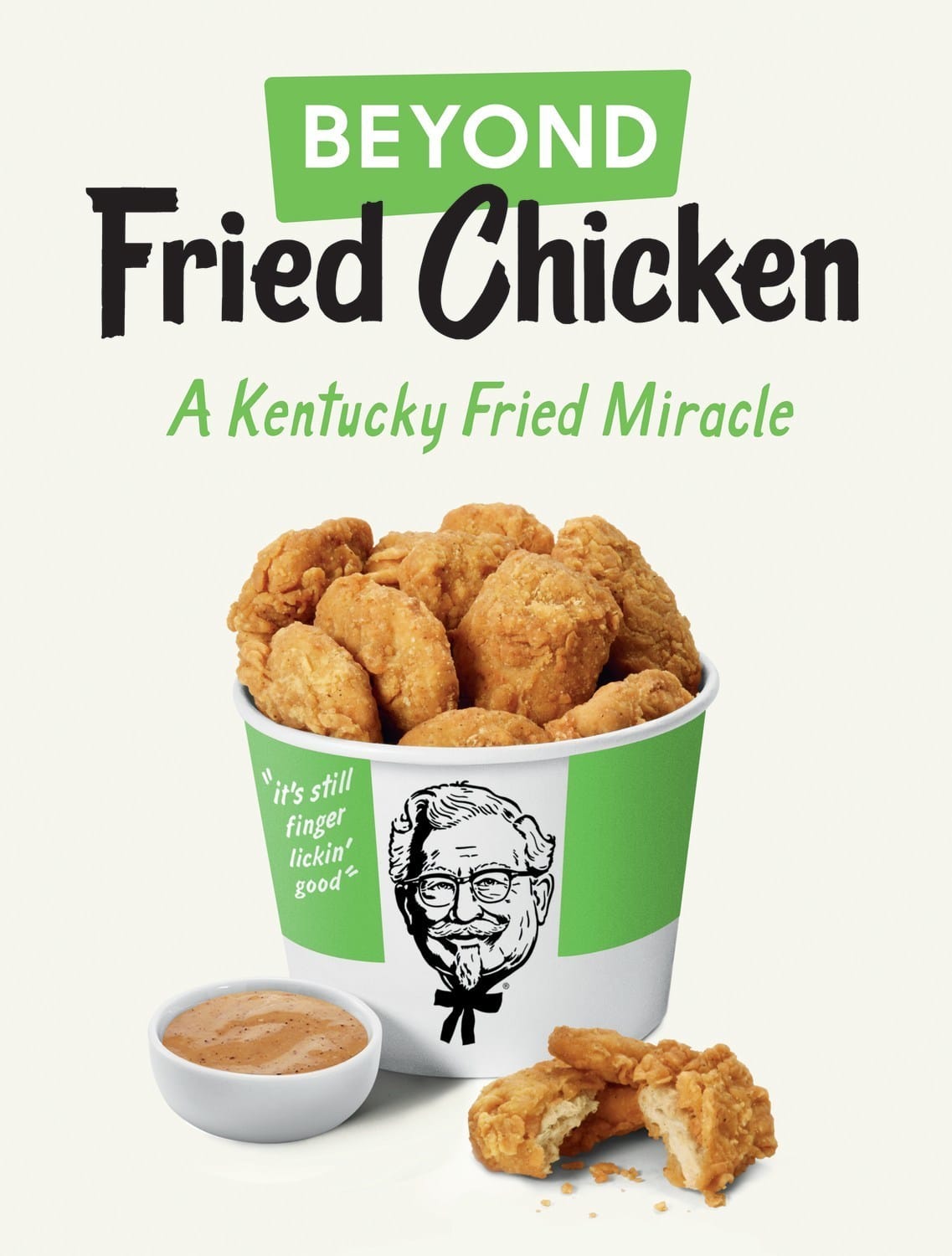 KFC turned to plant-based leader, Beyond Meat, to create a plant-based fried chicken that will appeal to lovers of both Beyond Meat and KFC. Customer feedback from the Atlanta test will be considered as KFC evaluates a broader test or potential national rollout.

“KFC is an iconic part of American culture and a brand that I, like so many consumers, grew up with. To be able to bring Beyond Fried Chicken, in all of its KFC-inspired deliciousness to market, speaks to our collective ability to meet the consumer where they are and accompany them on their journey. My only regret is not being able to see the legendary Colonel himself enjoy this important moment,” said Ethan Brown, founder and CEO, Beyond Meat.

Neat Burger is a project backed by Five-time FIA Formula One World Champion, Lewis Hamilton, in collaboration with hospitality organisation The Cream Group and investors including UNICEF Ambassador and early backer of Beyond Meat, Tommaso Chiabra. 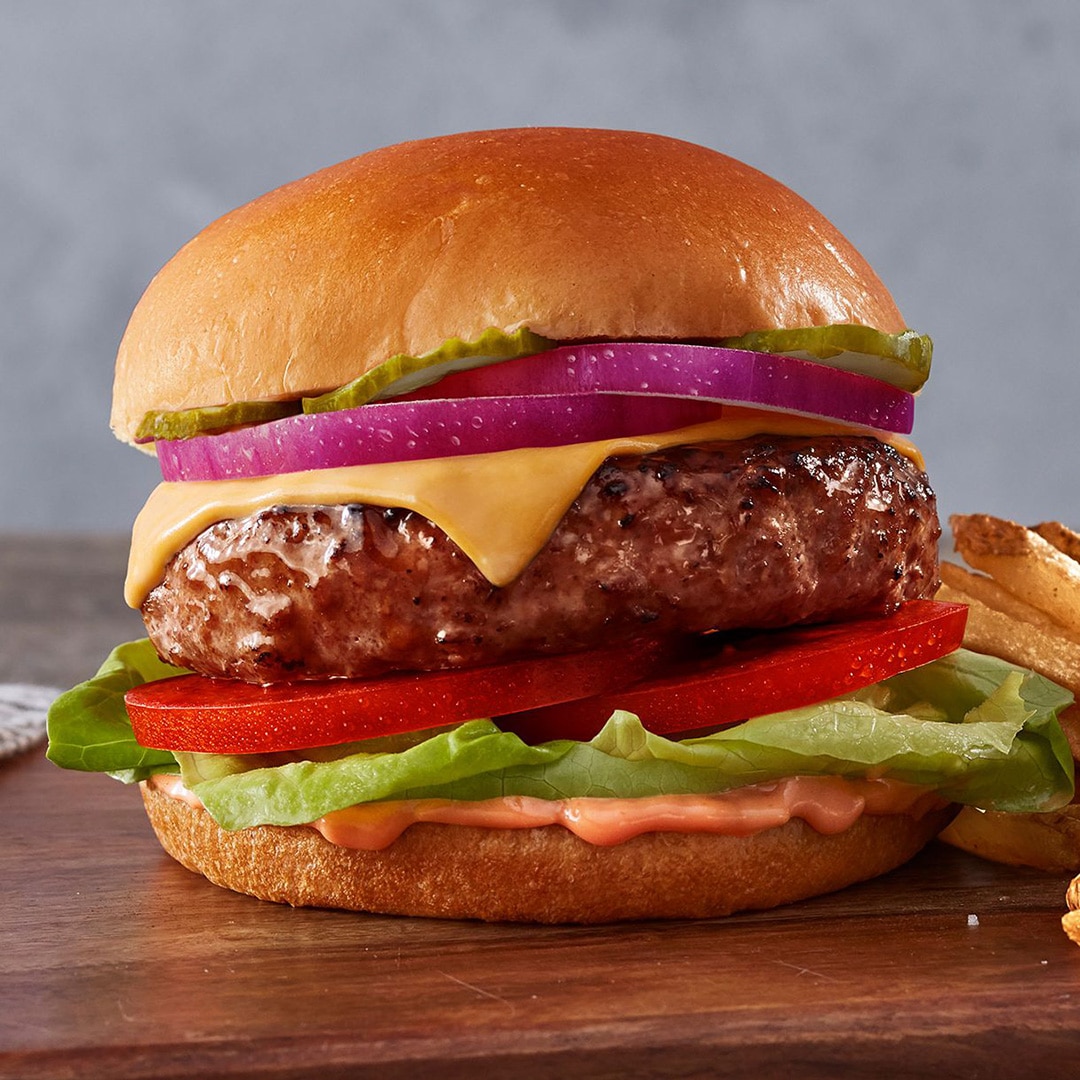 Neat Burger will open its first site in London’s Regent Street on September 2nd with plans to expand the concept globally with 14 franchises planned in the next 24 months.

The menu will consist of three, core burgers – ‘The Neat’, ‘The Cheese’ and ‘The Chick’n’, as well as ‘The Hot Dog’, with sides including skinny fries, sweet potato fries and tater tots.

“Neat Burger aims to change the way we view our eating habits,” says Ryan Bishti of The Cream Group. “We’re not preaching or shaming people for eating meat. We’re offering an alternative that tastes as good as, if not better than meat.”

“The meat industry is the biggest contributor to greenhouse emissions, and its environmental impact is no longer sustainable together with the growth of population,” says Tommaso Chiabra. “Neat Burger aims to disrupt the non-sustainable food industry and become a force for good.”

“I’m very passionate about being kinder to our world and also really respect Neat Burger’s commitment to more ethical practices and supporting small businesses, so this is something I’m also really proud to support,” Lewis Hamilton explains. “But it is also about the product. As someone who follows a plant-based diet, I believe we need a healthier high street option that tastes amazing but also offers something exciting to those who want to be meat-free every now and again.

Stockholm (NordSIP) - Länsförsäkringar announced that its investments in green and sustainable bonds tripled in 2019, from SEK3.2 billion at the start of 2019...
Read more
Launches

Stockholm (NordSIP) - One of the main attractions of hedge funds to institutional investors has been their ability to deliver uncorrelated absolute returns. A recent report indicates...
Read more

Most Airlines Not Aligned with Paris Agreement

September 10, 2019
We use cookies to ensure that we give you the best experience on our website. If you continue to use this site we will assume that you are happy with it.OkRead more