Stockholm (NordSIP) – As 6,300+ delegates were assembled in Paris this week to attend the PRI in Person, a gigantic event with more than 1,000 speakers talking at more than 450 sessions, it would be impossible to provide an exhaustive overview of such an event. Here are some of the highlights from the extensive program.

The event opened on Tuesday September 10, with a video adress (see video) from French President Emmanuel Macron, followed by Bruno Le Maire, France’s Minister of the Economy and Finance, who urged the audience to act instead of issuing statements. He also expressed his support for the European Action Plan and for new EU Commission President-elect Ursula Von der Leyen’s Green New Deal.

At a morning session, Swedish buffer fund AP2’s CEO Eva Halvarsson asked Cécile Cabanis, CFO at Danone, what her message to investors would be about how they could support companies’ work on the UN SDGs. According to IPE, Cabanis simply said “Join us.”

Anders Strömblad, head of external management at AP2 noted that the fund recently turned down an “interesting opportunity” and a “potential new relationship” because the manager “didn’t want to talk about ESG,” according to Top 1000 funds. There has been an “evolution” among private equity managers in integrating ESG over the last three years, according to Michael Cappucci, senior vice president, compliance and sustainable investing Harvard Management Co.

Claudia Kruse, MD of APG Asset Management announces the launch of the SDI asset owner platform. Together with PGGM, APG  ´is developing an artificial intelligence (AI) based asset owner platform to assess potential “sustainable development investments” (SDIs). The vehicle – to be launched in the first quarter next year – would offer insight into how investable companies contribute to the UN’s Sustainable Development Goals (SDGs), IPE reports.

During the event, the PRI published the list of the 43 most reponsible asset owners (among those which select external managers with equity strategies), and revealed the winners of the PRI awards.

The conference ended on Thursday September 12, with a plenary moderated by PRI CEO Fiona Reynolds, discussing “The role of finance in addressing social issues” with James Cockayne of the United Nations University, James Kofi Annan of Challenging Heights, Timea Nagy-Payne of Timea’s Cause Inc. and Dante Pesce of the UN Working Group on Business & Human Rights. 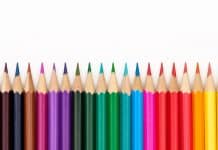 February 27, 2019
We use cookies to ensure that we give you the best experience on our website. If you continue to use this site we will assume that you are happy with it.OkRead more