When Women Come Together 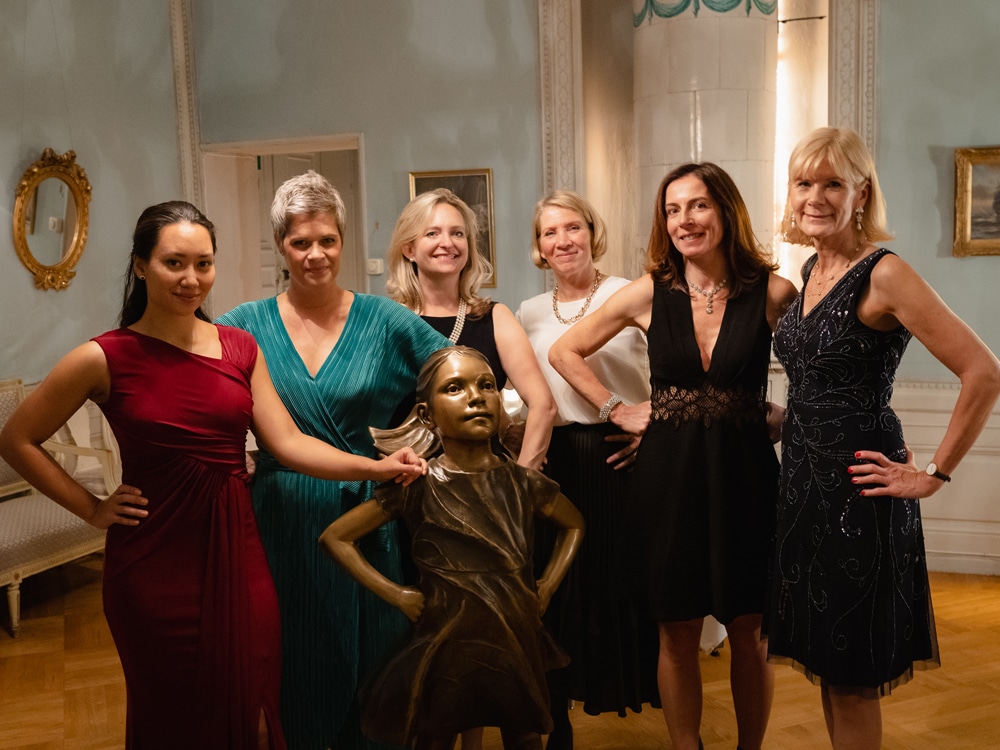 Stockholm (NordSIP) – On October 23, KvinnoKapital held an inaugural Gala Dinner and hosted 50 women, four men and one girl at Sjöfartshuset, a beautiful venue on the edge of Stockholm’s old town (Gamla Stan).

KvinnoKapital is a non-profit organisation which supports women in the asset management industry in the Nordics, but primarily in Stockholm. Founded as an informal network in 2012 by Julia Axelsson, then Head of Manager Selection at Ålandsbanken, KvinnoKapital soon found strong followership among local women in the field. Meeting regularly, the network rapidly grew and became more structured.

When Axelsson decided to take a career break and left for China in 2016, she left the direction of the network to a handful of energetic and dedicated women. In September 2019, the organisation held its Constituting Annual Meeting and formally elected a board composed of six directors. Claudia Stanghellini, Head of Manager Selection at AP3, chairs the board. Karolina Qvarnström, Product Development Manager and Manager Selection at Länsförsäkringar is vice-chairwoman, while Kim Lindberg, Sales Manager for the Nordic Region at HSBC is treasurer. Lena Ellertsson Freedman, Marketing and Communications Manager at Intervalor, Eva Rosén, Product Manager at SEB and Aline Reichenberg Gustafsson, yours truly, compose the rest of the board.

Working together as a formally constituted board for the first time, the six ladies pulled off a memorable event, featuring insightful and inspiring keynote speeches.

Victor Zhang, CIO at American Century Investments, gave a personal address which spanned over more than a century to provide the audience with a notion of what matters in one’s life and career. The story involved Zhang’s ancestors, the Opium Wars, Boxer Rebellion, Cornell University, the Ping Pong diplomacy, UCLA, the Aids epidemic, honeydew melons and finally, the Stowers Institute for Medical Research, a foundation, owner of the firm he chose to work for.

Åsa Wallenberg, CEO of SPP Fonder, in conversation with Anna Jonsson, Director Institutional Clients at Storebrand, provided her perspectives, in a fireside chat, on climbing to the top of the corporate ladder in the asset management industry while being a mother and keeping her sanity. She praised her mentor, Sarah McPhee, who headed SPP Life & Pension, part of the Storebrand Group, from 2008 to 2015. She stressed the importance of finding internal support and mentorship and listening to sound advice and direct feedback. She honestly stated that “no, we cannot have it all!” Åsa’s day like everybody else’s has only 24 hours, and it is up to everyone to decide how they should be allocated.

Cuan Coulter, Head of EMEA at State Street Global Advisors brought with him from London the now-famous statue of the Fearless Girl (a special guest for the evening) and gave an honest account of his personal views. For Coulter, hoping that gender equality and diversity will happen by itself is not realistic. Hard decisions need to be made, and concrete actions undertaken to push the agenda further. In an interview with NordSIP, he provided a more detailed perspective on his firms’ efforts.

With the Gala behind, KvinnoKapital and its board have a busy year ahead in 2020. The asset management industry, even in Sweden, still needs a lot more work to achieve a better gender balance. The dedication and competence the women demonstrated during the organisation of this event provide high hopes that some progress will be made. As a part of the group, I can personally add that I was impressed by the incredible collaborative nature of our organisation. When motivated professional women come together, they can move as one fantastically efficient and coordinated body, making the process seem almost effortless.

Among the ongoing initiatives is a collaboration with several recruitment and executive search firms. If women are often overlooked for executive roles in the industry, it is because they don’t make it onto the candidate lists. Recruiters are aware of the issue and confess that it often takes longer and more efforts to find and hire a woman than a man for a wide range of reasons. KvinnoKapital has decided, therefore, to work with recruitment and asset management firms to help close the recruitment gap. For any questions or to highlight a job opportunity within the field, the network is available here. 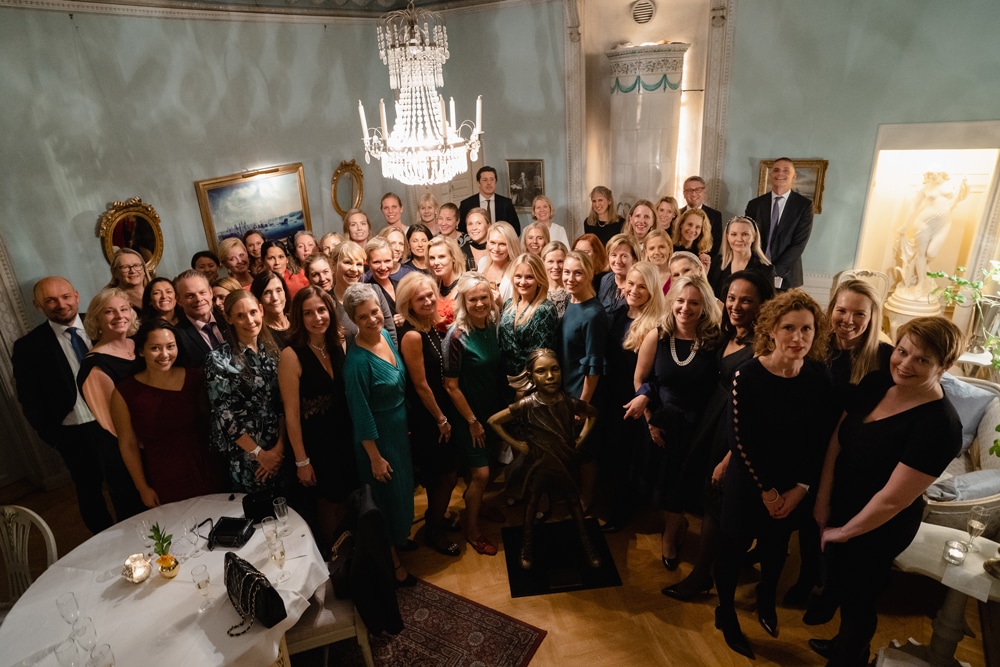 Aline Reichenberg Gustafsson, CFA
Aline Reichenberg Gustafsson, CFA is Editor-in-Chief for NordSIP and Managing Director for Big Green Tree Media. She has 18 years of experience in the asset management industry in Stockholm, London and Geneva, including as a long/short equity hedge fund portfolio manager, and buy-side analyst, but also as CFO and COO in several asset management firms. Aline holds an MBA from Harvard Business School and a License in Economic Sciences from the University of Geneva.
Previous article
Climate Change as a Risk Amplifier
Next article
Gender Diversify Your Strategy
October 25, 2019

Stockholm (NordSIP) – The 27th Conference of the Parties of the UNFCCC (COP27) began on Sunday 6 November in Sharm El-Sheikh, Egypt.  Among the...
Grapevine

Stockholm (NordSIP) - On 3 November, NordSIP learned that Willem Schramade would be leaving academia and his independent consultancy to join Schroders as Head...