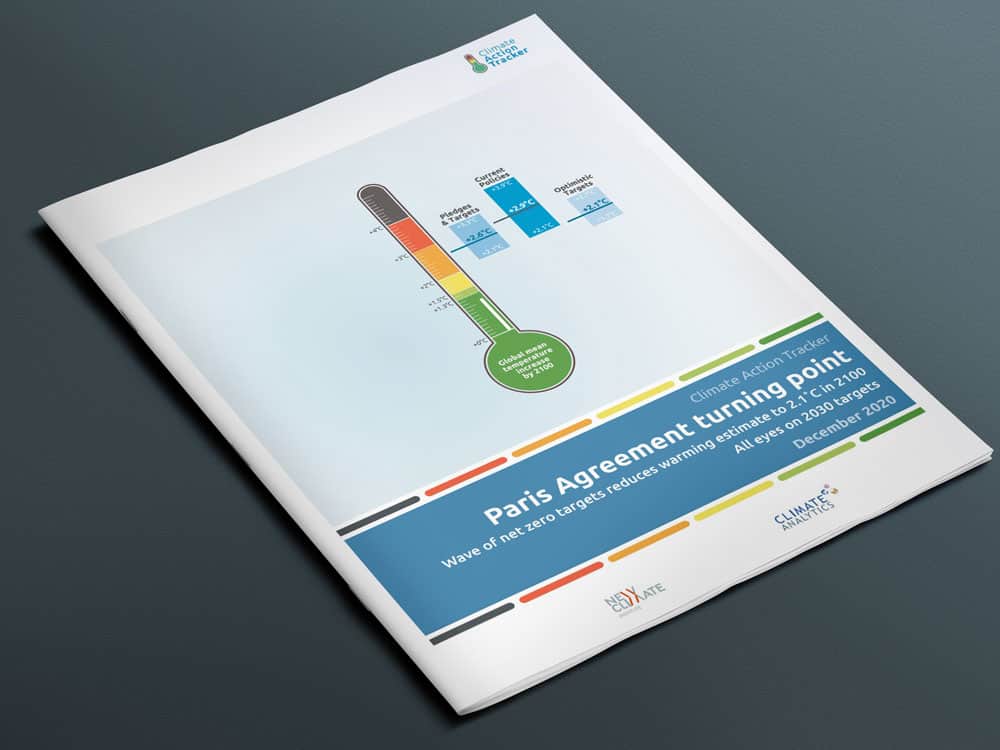 The report is supported by the ClimateWorks Foundation, the European Climate Foundation, and the German Ministry for Environment, Nature Conservation and Nuclear Safety (BMU) via the International Climate Initiative. Past consortium members include the Potsdam Institute for Climate Impact Research (2009–2016) and Ecofys, a Navigant company (2009–2019).

The report commends governments for their 2050 net-zero targets. However, it warns that they must now adopt stronger 2030 targets (nationally determined contributions or NDCs) to deliver on those lofty promises, and close the remaining emissions gap to 1.5°C.

This is problematic because governments have not shown much willingness to elaborate on their 2030 NDC targets since the 2015 Paris Agreement, according to the CAT. As of November 2020, no large emitter had submitted a substantially updated NDC since the adoption of the Paris Agreement. As they stand, current policies put the world on a 0.8°C higher warming trajectory than that which would be consistent with the CAT’s net-zero target scenario. 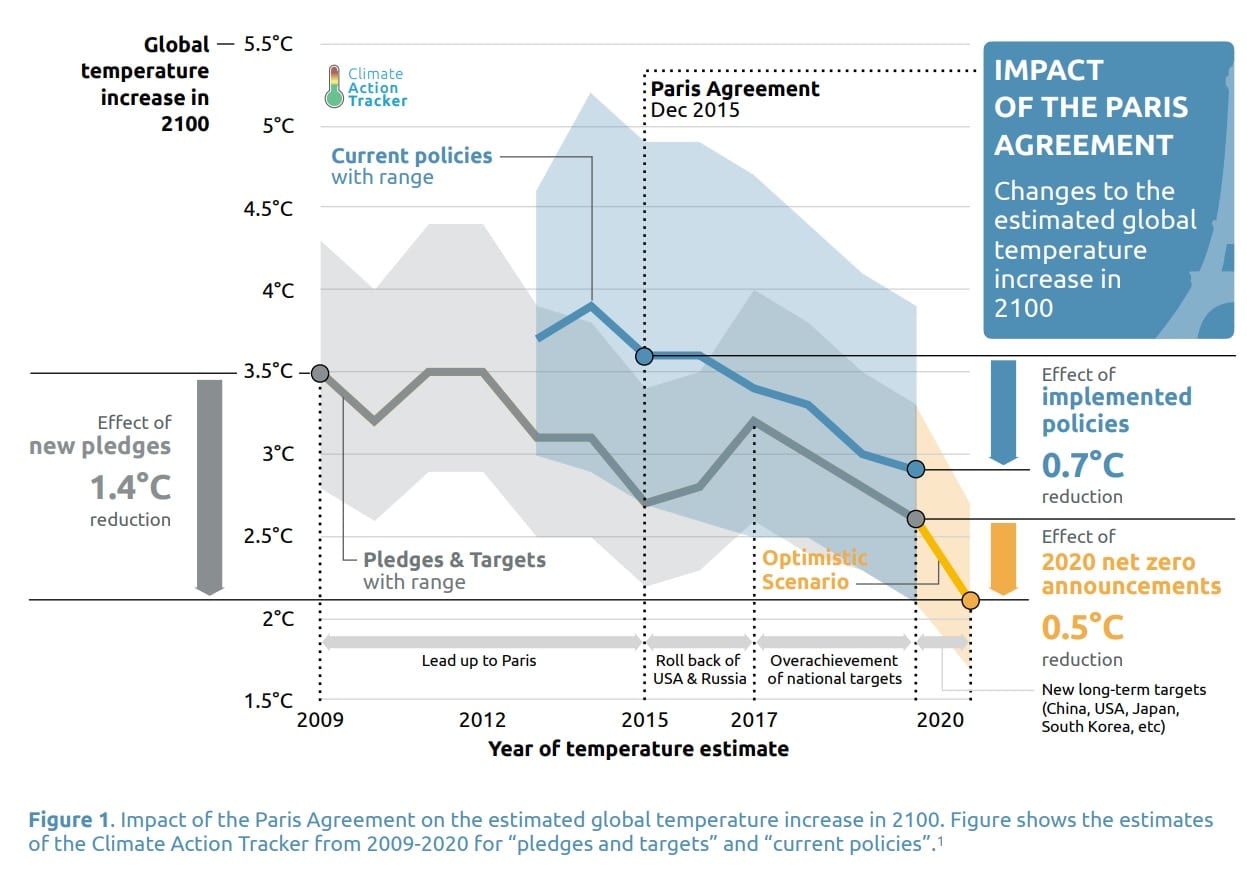 “Five years on, it’s clear the Paris Agreement is driving climate action,” said Prof Niklas Höhne of NewClimate Institute, a Climate Action Tracker partner organisation. “The Paris Agreement introduced the goal of global net-zero greenhouse gas emissions, and now we’re seeing a wave of countries signing up to it. Can anyone really afford to miss catching this wave?”

“Not only is our warming projection for government climate pledges falling to just over two degrees, a level that puts the Paris Agreement 1.5˚C target within reach, but we’re also seeing a drop in projections for real world action,” he added.

“We see emissions continuing to rise through to 2030, which will not get them onto the kind of pathway that will allow governments to meet their ambitious net-zero commitments,” said Bill Hare of Climate Analytics, the other CAT partner organisation. “No large emitter has yet submitted a substantially updated NDC, and the emissions gap is huge. Short term targets are not a little bit off, they are totally off. Near-term action and policies need to be ramped up considerably,” he said.

The document includes a useful table listing the status of each country’s commitment to the net-zero targets. The table describes efforts as “Under Discussion”, “In Policy Document” or “In Law”.  Brazil, Russia, Cuba, North Korea, Saudi Arabia, the UAE, among others, are not included in the report, presumably due to a complete lack of plans to comply with the Paris agreement. The USA’s status is assessed as “Under Discussion (‘Biden Plan’ by President-Elect)”.

Stockholm (NordSIP) - The European Central Bank (ECB) announced it will use its own funds portfolio to invest in the euro-denominated green bond investment fund...
Read more
News

Stockholm (NordSIP) - On Friday, January 22nd, Vinnova announced it will provide SEK47 million in funding for research on sustainable finance over the next 5...
Read more

Varma to Halve Emissions by 2023

June 25, 2018
We use cookies to ensure that we give you the best experience on our website. If you continue to use this site we will assume that you are happy with it.OkRead more