Growing concerns about climate change have caused an explosion in “green” bonds amongst environmentally conscious investors. David Zahn, Head of European Fixed Income at Franklin Templeton, highlights some exciting developments in the green bond market, including new issuance from Germany.

Green bonds have been growing in popularity as a way to combat the negative effects of climate change across the globe. Similar to traditional bonds in structure, green bonds offer investors the ability to put their money to work in lessening greenhouse gas emissions. Major governments are now getting involved in this space—with European countries taking the lead.

What Are Green Bonds?

Green bonds are capital market instruments used to fund projects that will have a positive environmental and/or climate benefit. According to the Green Bond Principles (GBPs)1, the issuer needs to certify where and how the proceeds are spent, the process for project evaluation and selection, and the effectiveness of these investments in meeting their decarbonization goals. The GBPs do not require cash to be held in segregated bank accounts or that the assets financed be subject to separate security.

Green bonds made their first appearance in 2008 with an issue from the World Bank. Since then, growing concerns about greenhouse gas emissions and climate change have prompted both a surge in the popularity of environmental, social and governance (ESG) mandates and green impacted-related issuance to finance climate-related expenditures. Green bonds have quickly become common across jurisdictions, industries and currencies.

Issuers seeking the green label for a bond take the additional step of certification, which is typically done by a third party that verifies compliance with the GBPs.

While companies already aligned with “green” initiatives—such as producers of solar panels or wind turbines—have been a natural fit for green bond issuance, a variety of companies in a range of industries have realised the need to reduce their carbon footprints. Green bonds in general have been growing worldwide in terms of issuance and market size. Global green bond and green loan issuance reached an adjusted US$257.7 billion in 2019, marking a new global record2.

Environmentally conscious investors have seen the attraction of green bonds for several years, but what has changed recently is that the bigger governments are getting involved. European countries are taking a leadership role in this space. Germany, Europe’s largest economy, recently issued a 10-year green sovereign bond which was met with record demand, raising €6.5 billion3.

What’s even more significant is that Germany intends to create a green bond curve with the addition of two-year, five-year and 30-year credit instruments. We think this is a very positive development, as it will create a benchmark curve in the green bond space for new issuers to trade off of. Germany is “twinning” these bonds—there will be a green bond with the same coupon and maturity as a conventional government bond. The characteristics are the same, but the proceeds are to be used differently. The importance of this is that the premium investors will pay for green bonds will be readily apparent as the difference in yield will be for the greenness.

Europe has made the greening of its economy a priority, and the financial costs of these efforts require the government to work with the private sector to meet their goals. The European Union (EU) recognises the crucial role of financial markets in capital raising. A third of the EU’s coronavirus rescue fund and  €1 trillion of its seven-year budget are earmarked for initiatives directed at fighting climate change and achieving carbon neutrality by 2050. The greening of Europe is naturally very supportive for the green bond market, and we would expect more issuance and a broadening of issuance to support this focus.

A Commitment to Decarbonise

The European Commission has made a clear commitment to remain at the forefront of decarbonising the economy, with a vision of zero net greenhouse gas emissions by 2050. In her State of the Union speech in September, European Commission President Ursula von der Leyen upped the ante significantly on the EU’s already-ambitious goals in regard to cutting emissions. She proposed a new target of 2030 to achieve a 55% reduction in emissions versus 1990 and suggested that €225 billion euros in green bonds should be issued to raise money for the 30% of the EU’s coronavirus recovery fund directed toward green initiatives. The issuance of the EU green bonds will expand the Euro green bond market significantly and allow Europe to increase its lead as the place to issue green bonds.

The European Central Bank (ECB) has also been supportive of the green bond market. As of the end of 2019, the ECB possessed nearly a quarter (24%) of eligible euro-area public sector green bonds and 20% of eligible euro-area corporate green bonds4. More recently, ECB Head Christine Largarde has reiterated it is an area of focus for the central bank. So not only do we have new major sovereign issuers in the form of Germany and the European Union, but a central bank that looks to be a willing buyer. It seems as if Europe has plenty of support amongst its leadership to become the green bond capital of the world.

Over the next few years, we believe the green bond market will continue to grow as more investors recognise they don’t have to sacrifice yield when following their conscience and can make a positive impact on the future. As investors ourselves in this space, we believe an active approach helps us uncover the most compelling risk-reward opportunities that also provide environmental benefits.

In April 2019 Franklin Templeton launched Europe’s first actively-managed Euro Green bond ETF, managed by London-based David Zahn, Head of European Fixed Income, and Rod MacPhee, Portfolio Manager, Franklin Templeton Fixed Income Group.  The ETF invests at least 70% of its net assets in green-labelled bonds, with the balance made up of climate-aligned bonds, i.e. bonds that are not labelled as green but are nonetheless financing solutions that contribute to a low-carbon future. By investing in this manner, the ETF provides liquidity to projects with positive environmental or climate benefits whilst aiming to maximise total investment returns.

For Institutional Professional Investors only – not for distribution to retail clients

This material is intended to be of general interest only and should not be construed as individual investment advice or a recommendation or solicitation to buy, sell or hold any security or to adopt any investment strategy. It does not constitute legal or tax advice. The views expressed are those of the investment manager and the comments, opinions and analyses are rendered as at publication date and may change without notice. The information provided in this material is not intended as a complete analysis of every material fact regarding any country, region or market. This material is made available by the following Franklin Templeton entities in those countries where it is allowed to carry out relevant business. 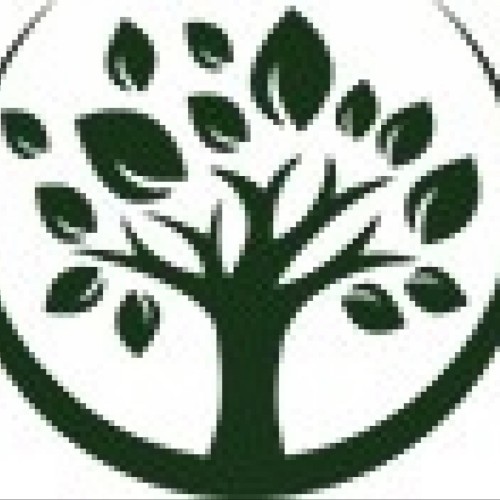 Celebrity weddings are well-known for their prenuptial agreements (or “prenups”), which are intended to help the happy couple negotiate the potentially bumpy road ahead. ...
Insights

Integrating ESG in your Credit Portfolio