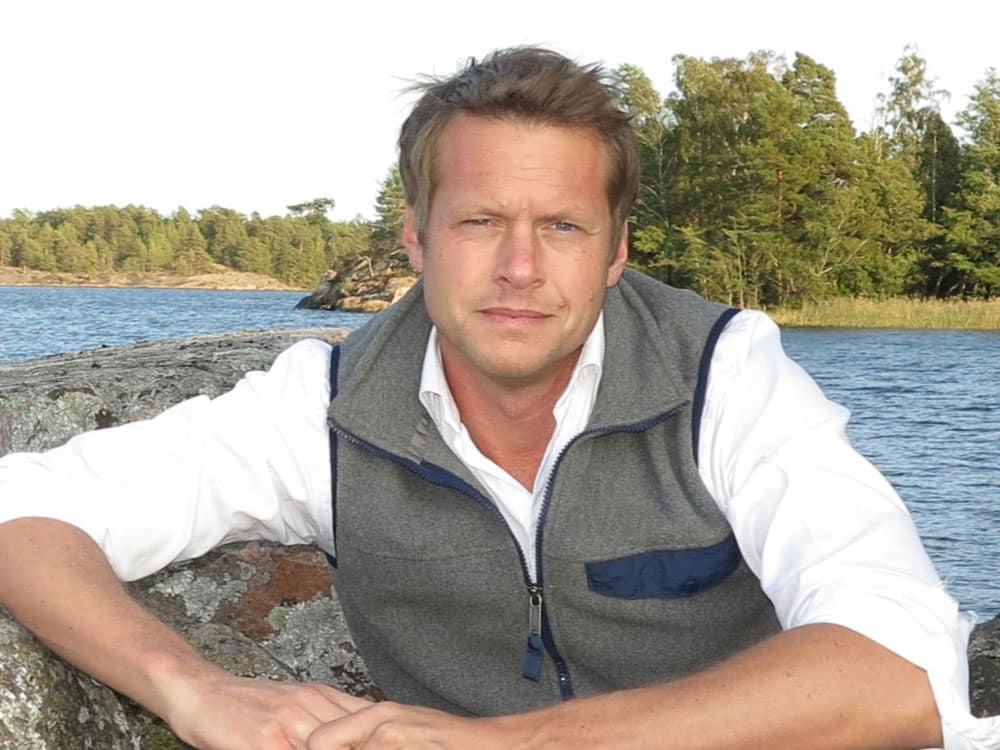 The Power of Green Bond Investors: Adani & the Carmichael Mine

While the legitimacy of the green bond market is slowly but surely establishing itself as a viable investment tool, the net additionality of this growing sub-asset class is still up for debate. However, amidst the controversy surrounding the funding of the Carmichael mining development in Queensland, Australia, green bondholders might have a concrete opportunity to play a role in influencing the fate of a project with a high negative environmental impact.

Following the entire financing chain from the pockets of Nordic pensioners to the excavation of coal in the middle of Australia, passing on the way through France and India, this case study brings to the forefront the potential reputational leverage the green bond market may finally be able to yield.

Detractors of the green bond market often claim that this so-called environmentally-friendly financing has very little or no impact on the behaviour of companies, let alone the planet. The critics often point out that, while green bonds need to be earmarked for certain projects, they sit alongside any other regular bond on the issuer’s balance sheet, resulting in the same risk. Pricing is also the name of the game in bond markets and evidence of a significant “greenium” is still hard to come by.

For proponents of the green bonds, the answer lies beyond the simple bond math. By issuing green bonds, companies will initiate an internal journey which, in some cases, has proved beneficial in bringing environmental concerns into the day-to-day decision-making process.

From an institutional investor’s perspective, green bonds are a simple and investable vehicle to place part of the fixed income allocation in a sustainable manner. Some institutions even place green bonds in their ‘impact investment’ efforts. Since they are priced so close to regular bonds, but do offer that little extra commitment to the environment, Nordic investors have piled up in the major green issuances. Several of the largest pension funds have also supported the launch of the first emerging market green bond fund: the ‘EGO fund’ managed by French-headquartered global asset manager Amundi.

The Backing of the EGO

Launched in April 2017 as the largest green bond fund yet, the Amundi Planet Emergin Green One (EGO) fund was born thanks to the support of the International Finance Corporation (IFC), on of the investment arms of the World Band. The financing of the EGO successfully closed in the first quarter of 2018 with investments from several Nordic asset owners including Alecta, AP3 and AP4 in Sweden, MP Pension in Denmark and LocalTapiola in Finland.

To attract investments from large institutions, funds are required to offer sufficient room to invest sizeable amounts. From the start, the Amundi EGO fund targeted a US$ 2billion structure, despite the lack of a suitable green bond market in emerging economies. Therefore, the project paired the deployment of the fund’s capital with an educational program directed at the financial community in India and other target markets. The representatives were invited to Sweden to follow a crash course on green bond issuance by specialists at the Stockholm School of Economics.

The additionality of the EGO fund could therefore rely on a double rationale: the fund would invest in green bonds that wouldn’t have been issued if it weren’t for the initiative behind the fund, and the projects ultimately funded by these bonds would not have been conceived had it not been for the availability of the green bond market.

Adani and the Carmichael mine

For Indian conglomerate Adani, coal represents an important resource, unlike what a casual visitor may think when visiting Adani’s webpage, where the company proudly claims to be “fostering goodness through sustainability”. Well-hidden at the end of the list of its 21 business lines, is thermal power generation.

One of the preeminent trade-offs for sustainable investors in emerging markets is, of course, to balance growth, which often offers the prospects of strong social benefits, with the accompanying damage to the environment. While wind and solar power generation are at the top of Adani’s business list, they currently don’t provide the continuity in the electricity grid that is needed to ensure a stable power supply.

Meanwhile, Adani’s Carmichael mine may produce up to 60 megatonnes of coal per year, which, once exported and burned as fuel in India would lead to several gigatons of additional CO2 emissions. Although both India and Australia have already suffered severe consequences from global warming and yet, the immediate financial benefit of developing the mining project are appealing enough to both Adani and the Queensland province; that is, if the project can be financed. For today’s conscientious and sustainable investment firms and asset owners, being associated with dirty coal-stained paper could rapidly end in a major reputational fiasco.

In an attempt to harness attention against the Carmichael mining development, Ulf Erlandsson, Executive chair, Anthropocene Fixed Income Institute (AFII), has actively contributed in naming and shaming Adani and its enablers, particularly among Nordic sustainable investors. “I have been following this story quite intently since 2016. Following the big coal re-pricings in Europe in 2015-16 it was natural to enquire where other big coal exposures accessible through bond markets could be found,” Erlandsson explains.

“Australia is the top coal exporter, and it’s hard to do any research on coal mines in Australia without coming across Carmichael. The project was always controversial already at that early stage and by Christmas 2017, it looked like the project was not going to go ahead due to lack of funding.”

“However, the project came back to life when Queensland’s government decided to approve the mine in June 2019. Just days after the decision, the Adani Group started issuing jumbo hard currency bonds, in what now appears to be strategy to raise funding for the mine,” he adds. “These large size USD bond deals from Adani really caught my attention. I have even held a significant short position on Adani in a model (hypothetical) portfolio of the credit climate strategy I have been discussing with potential investors. I use the case it to illustrate how bad fixed income funding can be in terms of climate impact, but also to showcase how one could see potential big bond repricings when climate risks are accounted for,” he explains.

“Since this summer, we have received very generous philanthropic support to build a think tank perspective on this, effectively leading to the creation of the AFII,” Erlandsson says. “There is a very strong NGO network in the anti-fossil fuel space with interest in coal in Asia. That network’s engagement has been crucial to building momentum on this project. It allowed me to share resources and insights with other organisations, which complemented my bond market knowledge with a lot of detailed on-the-ground knowledge, such as the role of the State Bank of India as a facilitator of Adani, in this case.”

One step at a time

Mid-November, the news spread that the State Bank of India was ready to sign a loan agreement of INR50 billion (US$670 million) to finance the Adani Enterprises Ltd’s Australian mining company, now renamed Bravus Mining & Resources, raising concerns about the environmental credibility of SBI as a sustainable borrower.

Erlandsson started to produce research about the affair to raise awareness about Adani’s enablers and the environmental and financial risks created by this project. “We were alerted to the specific SBI Carmichael loan situation a while back and quickly did some analysis on the key parties involved in various SBI securities, as outlined in a research note1,” he says.

“The note reviewed holdings of SBI bonds and showed that Credit Agricole/Amundi and the EGO fund were top investors,” Erlandsson adds. “I have been following the EGO fund for quite some time. I was present for one of the original pitches back in 2017 when I was still a senior portfolio manager at AP4 and have regularly been engaging with various people from IFC and Amundi, who originated the EGO fund.”

“As I know some of the Nordic asset owners involved in EGO, it was easy to reach out to them via email or Bloomberg chat,” he explains. “I sought to warn them about the situation because I expected they would be concerned. That assumption was correct. One of them later told me they rang Amundi just minutes after our initial chat. It is quite encouraging to see some asset owners act so quickly. When they move decidedly, it is a very powerful signal to all other stakeholders.”

“I also engaged with Amundi directly, although the asset owners really were ahead. It was a simple discussion,” he says. “No one has anything to gain from SBI entering into bad economic and environmental loans. NordSIP had already written a story that started to get traction in the financial community,” Erlandsson remembers. “By the time Environmental Finance reached out to Amundi about the story, I think they might have already decided to divest from the SBI green bonds in case the loan goes through.”

As a sustainable investor, the Amundi EGO Fund’s holding of such securities would bring Amundi to disrepute. Amundi’s Jean Jacques Barberis, director of the institutional and corporate clients division & ESG, voiced his concern and publicly committed to divesting from the SBI.

“We have engaged with SBI. We have been quite clear that we would like them not to participate in the project. We have sent a letter and have had contact at high level at SBI. We have been told that the decision has not been made. I don’t know what will be the results of the engagement, but we will divest if they go ahead with the project,” Barberis told the media2.

“This case illustrates the great power of green bond investors. As the parties with the most to lose from an issuer going rogue, green bond investors are ideally placed to galvanise other investors to engage with issues that they would otherwise not have been aware of,” Erlandsson argues. “We are already hearing more, non-green bond investors piling in against SBI. The benefit of the green bond in this case may be less about the windmills it finances, but rather how it stops a company from potentially carrying out climate transgressions.”

However, Erlandsson is keen to warn sustainable investors against the dangers of tunnel vision. “I think that a challenge particular to green bond investors is that they often focus on the ‘good’ of the green bonds at the detriment of the ‘bad.’”
“For example, I think that understanding the dangers of coal, like in this case, can be much more impactful than being a master of the EU green taxonomy. We need both, of course. But I think there is a tendency in the business to lean too hard on the ‘good’ one creates rather than the ‘bad’ one avoids/dissuades,” he concludes.

Investments in Times of COVID-19

This article is part of NordSIP Insights – Investing Sustainably in Emerging Markets Read or Download the entire publication here. Besides the death toll left...
Read more

How can investors achieve a greener portfolio?

Aline Reichenberg Gustafsson, CFA - April 16, 2021
Investing in emerging markets can easily be summed up in two words: potential and risk. Yes, the prospects can be dazzling in those fast-growing...

Commission to Drop Natural Gas and Nuclear Power from Taxonomy

Contributing to the SDGs through Real Estate – The Case for...

June 12, 2020
We use cookies to ensure that we give you the best experience on our website. If you continue to use this site we will assume that you are happy with it.OkRead more