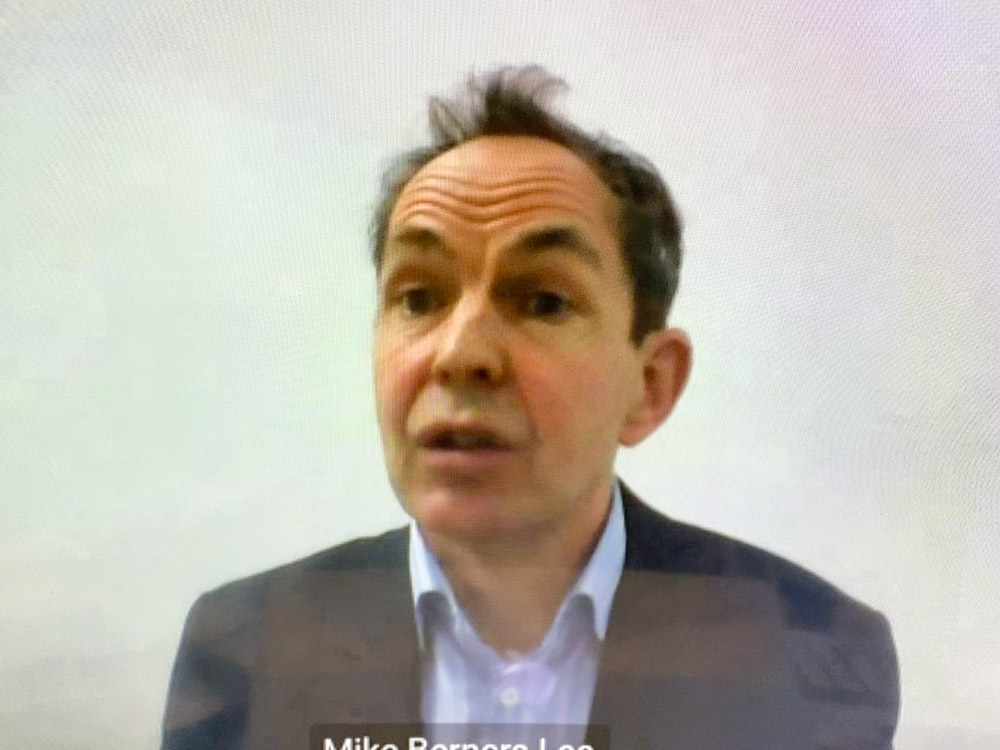 Stockholm (NordSIP) – While many of the participants in SKAGEN’s New Year Conference discussed sustainability or ESG as one of many topics relevant to the investor community in the year ahead, only Mike Berners-Lee (Pictured) made climate change the sole topic of his presentation.

Berners-Lee is a scientist, carbon consultant and author of There Is No Planet B: A Handbook for the Make or Break Years. He is the founder of Small World Consulting, an associate company of Lancaster University, a world leader in supply chain carbon metrics and management. He argues investors should change their investment approach in recognition of the fact that mankind has become the single largest planetary disruptor, unwittingly launching a new geological epoch in the last century – the Anthropocene.

“Now we have the challenge of working out which bits of how we do life are no longer fit for purpose,” Berners-Lee says. “When I say now, I really mean right now. We have had a few decades of living in the Anthropocene but still getting away with operating as if we weren’t. But right now is the time at which it’s become clear that if we don’t make the transition to an Anthropocene fit way of carrying ourselves, the consequences are going to hit humanity very hard.”

Considering the physical threats facing us, Berners-Lee is keen to emphasise the fact that overall the science and technology appear to on par for the challenge. The main difficulty seems to be our priorities. To address this issue, he proposes three values that we need to adopt if we are to survive the Anthropocene. “We need to treat all people with equal respect in their inherent value as human beings, wherever they are in the world, whatever their race,” he argues. “To apply that respect to all other species – plants and anima. Third, we need to get respect for truth in our business life, and our political life in a way that has not necessarily been going on so far. There’s a lot that businesses and asset managers can do, not least to flush out greenwash wherever we see it.”

Berners-Lee lists seven factors that climate investors should consider when assessing whether investments are Anthropocene-fit, including the size of a company’s carbon liabilities, their low carbon enablement potential, their carbon accounting, their pledges, their narrative, and the coherence of their narrative with their operations and lobbying activities.

Regarding the latter, he explains it is “about asking about the culture of the company, as well as about whether there is some way in which the company might, directly or indirectly, be funding lobbying that is really poisonous and unhelpful.”

However, the factor that he emphasised the most was companies’ indirect influence on positive system transformation. “If we look hard at what it takes to deal with the climate emergency, it’s pretty clear that we are going to need high-quality global politics, functioning democracies and we are going to need the people of the world to be well-placed to differentiate fact from fiction.”

Berners-Lee went on to describe the case study of a well-known (but undisclosed) social media company as an example where the wider impact dimension was not only its dominant contribution but also considerably opposed to the other efforts of the other factors. This stood in stark contrast with the case of Brewdog, a beer company committed to mitigating climate change throughout its operations but also whose wider impact was extremely positive.

A New Approach to Fiduciary Duty

Among Berners-Lee’s concluding remarks about the Anthropocene-fit investment approach, the standout proposition was “the brutal reality” that fiduciary duty must be prepared to compromise financial returns to become Anthropocene-fit.

“If we are absolutely honest, it is not possible to maximise financial returns at the same time as doing the right thing by the environment,” he argues. “In most situations in life, it is impossible to maximise two things at once. I think we may as well stare that reality in the face: we can maximise value but not money. We have to redefine value into something more meaningful than money.”

Stockholm (NordSIP) - Tuning in to the webinar on climate lobbying organised by AP7 on Wednesday, January 20th, expectations ran high, as the well-selected...
Read more

How can investors achieve a greener portfolio?

NordSIP (Stockholm) - The rapid growth in passive ESG funds is an exciting development for investors, a question mark continues to float over the issue...
Read more
Fixed income

Stockholm (NordSIP) - The energy transition is not paved merely by renewable energy, but also by increased efficiency in energy use. This is not...
Read more

Game Changers: from the Nordics to Paris