Sustainability on the Wall 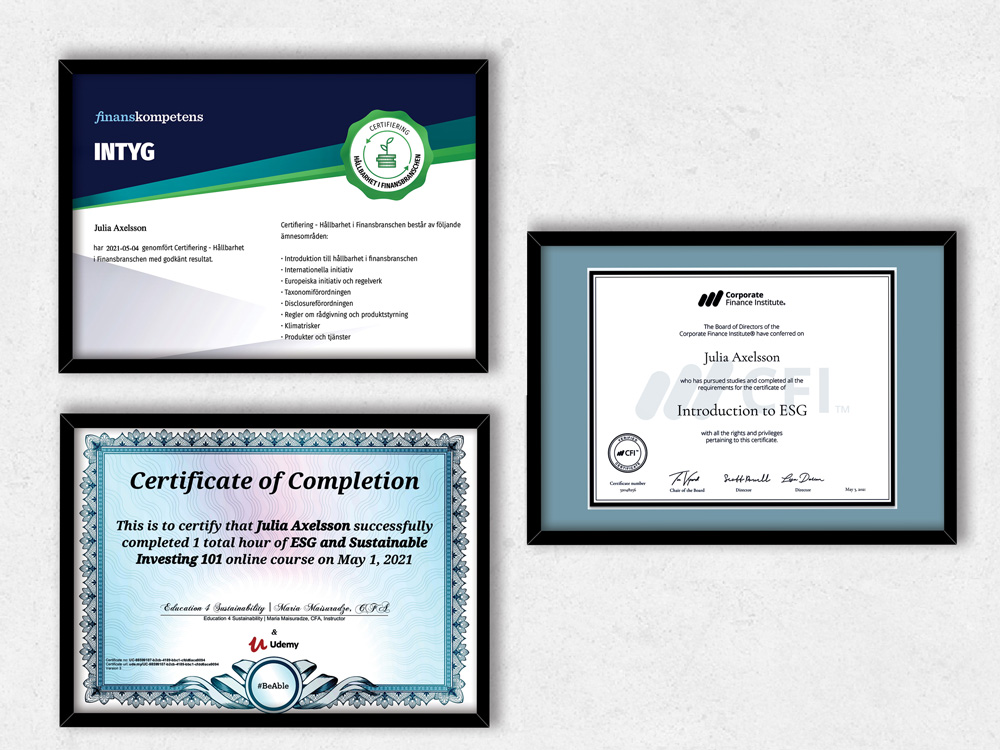 Well into our second year of Corona-induced isolation, many of us seem to be finding solace in online education. Once the realm of introverts, price-conscious learners, and overzealous careerists with more ambitions than time on their hands, online courses have finally and irreversibly gone mainstream. Even those hoity-toity business schools are getting to grips with online learning, reported FT earlier this week.

For sustainability nerds, embracing the concept has always been a no-brainer. After all, digital delivery not only quashes concerns over the carbon footprint of all those travelling students and instructors, it is also rightfully hailed for democratising the learning experience. Hence covering both the ‘E’ and the ‘S’ in the short alphabet of sustainability.

So, what better way to pass a few rainy spring hours of your free time than by joining an online course, preferably one about sustainability? There is certainly no lack of options available. Some of them are free of charge, others – considerably less so, some are just lightly entertaining, others – rigorously academic and rather demanding. Almost too many options, you might object. Anyone familiar with modern psychology knows that a dramatic explosion in choice can paradoxically become a problem instead of a solution[1].

Refusing to succumb to the paradox of choice, I lately find myself binging on online sustainability courses. Moreover, I seem to have become a veritable certificate junkie. My personal best, so far, is gaining three ESG certificates in a single week! I won’t challenge you to beat the record, though. I know that few would share my nerdy obsession.

Meanwhile, apart from the obvious benefit of learning a thing or two, I have also managed to gather several observations. Observations, mind you, and not conclusions. It is an ongoing experiment.

For one, I now understand, more than ever, why everyone keeps complaining about the lack of standardisation in the field of sustainability. Admittedly, it is an evolving area of knowledge. Still, the inability to agree on some basic definitions is staggering at times. Perhaps it wouldn’t be as confusing had I chosen a less promiscuous course of learning, keeping to one source of knowledge rather than engaging in a “contrast-and-compare” exercise. Come to think of it, it might make the final tests, before gaining those precious certificates, less challenging too.

My appreciation for specific examples and exercises, drawn from real-life, has grown exponentially. The monotonous language of policy documents, studded with abbreviations and obscure terms, is too much to digest even for a word-nerd as me, after a while.

To grasp any new concept and store it into our brains for later use, we need concrete examples and interactive situations. Even if some online self-paced programs succeed somewhat better than others at providing relevant examples and engaging their students, this aspect of teaching is where they most apparently fall short. What use is it to spend however many hours flicking through slides if all will soon be forgotten?

And then there is the ultimate challenge. Now that plastering the walls of a seldom-visited office is not a viable option, what am I to do with all those flashy certificates?

[1] Online psychology courses where you can learn more about this phenomenon are abundant and extremely popular, or you can just read The Paradox of Choice – Why More Is Less, by American psychologist Barry Schwartz

Julia Axelsson, CAIA
Julia has accumulated experience in asset management for more than 20 years in Stockholm and Beijing, in portfolio management, asset allocation, fund selection and risk management. In December 2020, she completed a program in Sustainability Studies at the University of Linköping. Julia speaks Mandarin, Bulgarian, Hindi, Russian, Swedish, Urdu and English. She holds a Master in Indology from Sofia University and has completed studies in Economics at both Stockholm University and Stockholm School of Economics.
Previous articleGermany Adopts More Ambitious Emissions Targets
Next articleNN IP Wins Norwegian Impact Mandate
May 7, 2021

“BRB, gonna cover myself head to foot in Patagonia,” twitted an enthusiastic netizen last week upon hearing the uplifting news that the iconic brand’s...
The Snap

A Taste of China

I did it again: I bought way too many mooncakes last week, excited to celebrate the Mid-Autumn Festival, one of my favourite Chinese holidays....
The Snap

And so, summer is officially over up here in the North. The days might still be bright and sunny, yet night temperatures have been...
The Snap

Rebel Without a Cause

There’s something titillating about sin stocks and vice funds, don't you think? Perhaps it is the way a little naughtiness provides the rare opportunity...
The Snap

It’s been a rough year for good old ESG so far. Amidst a storm of criticism and greenwashing allegations, even the most loyal fans...